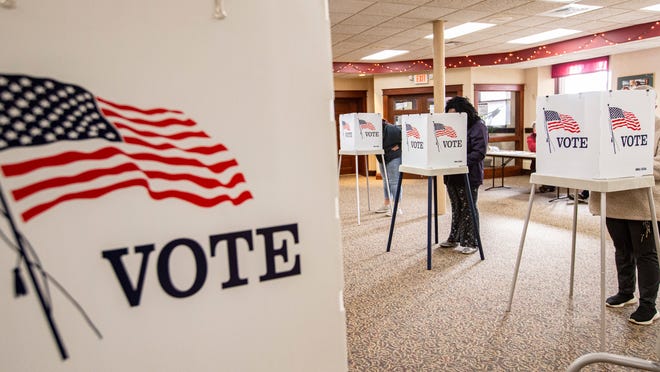 Democrat incumbent Maurice West defeated Republican Glen Oland by a margin of 56% to 44% in the race for state representative in the Illinois House 67th District.

Unofficial results from the Rockford Board of Elections and the Winnebago County Clerk’s offices indicate West tallied 10,960 votes compared to 8,657 votes for Oland.

The district encompasses much of Rockford’s west, southwest and southeast sides as well as a section of Loves Park.

West is a Rockford native who is completing his second two-year term in the Illinois House of Representatives.

He’s represented Rockford in Springfield since 2019.

West, 37, is married and has a daughter. He works as a full-time legislator, ordained minister and music composer.

Oland is from the Chicago suburb of Des Plaines and currently resides in Rockford.

State representatives in Illinois serve two-year terms and are paid a salary of $70,645 a year.