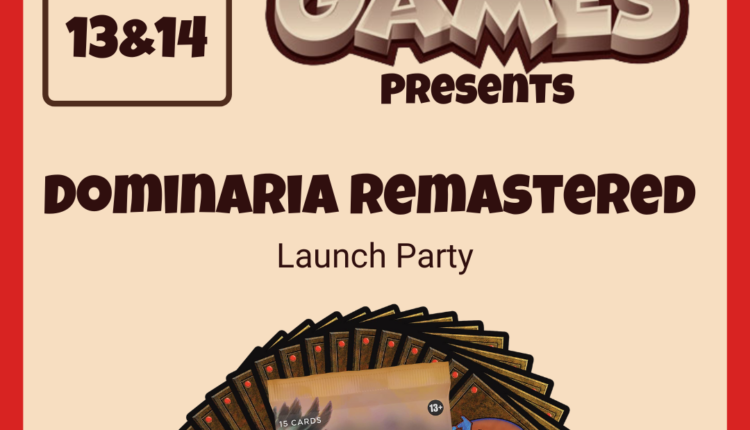 January 13th will be Draft Format and January 14th will be Sealed Format. Join fellow MTG fans for a release event of the new set.
During Friday night’s event, each participant will receive 3 packs and the event will be in a regular draft format.
Draft is a format of Magic the Gathering where players open packs one at a time taking one card from the pack and passing the rest of the cards. Packs are passed around the table like this until all cards from each pack are drafted. Players then use these cards to create a 40 card deck which is then played against other players using Swiss pairings.

During Saturday’s event, each participant will receive 6 packs and the event will be regular sealed format.

Sealed is a format of Magic the Gathering where players open 6 packs and create a 40 card deck with cards from within those packs. Those 40 card decks are then played against other players using Swiss pairings.

Swiss pairings: In the first round, players are paired randomly, with one player receiving a bye if there are an odd number. In subsequent rounds, you are paired based on your record – players with the same or similar records are paired together.

To participate, participants will be asked to enter the event code into the MTG Companion app. If you don’t already have this app downloaded, please do so for the event; your log in is the same as the one you use for Arena if you play. This allows Red Raccoon Games to continue to get pre-release support by proving to Wizards how many players we have participating at each event.

This event is intended for participants familiar with the basic rules of Magic the Gathering.