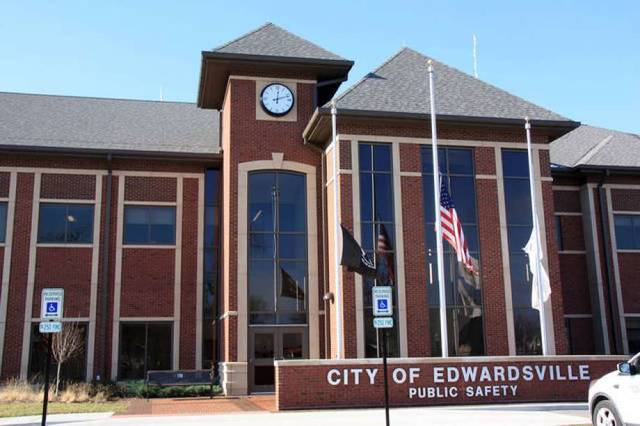 The departments earlier this year began using an enhanced form of cardiopulmonary resuscitation that takes a cue from NASCAR pit crews. Anyone familiar with a NASCAR event has probably seen pit crews in action: Every member has one specific role that they handle simultaneously, enabling the crew to get their driver back on the track quickly. In the life-and-death situations emergency responders face, anything that boosts speed and efficiency is obviously even more essential.

And while the enhanced CPR method doesn’t completely overhaul how cardiac calls are handled, it makes several critical improvements.
“Historically, what you’d have is somebody taking charge and giving assignments at the scene, which isn’t as efficient as everybody knowing what they’re going to do walking in the door,” Edwardsville Fire Chief James Whiteford said. “It speeds up the process.”

The method also involves a few new types of equipment that have proven beneficial and a different way of handling the scene of a cardiac arrest call.
“We’re attacking all fronts. The physical part of it: where the equipment is located and when you grab it; the positioning of the paramedics once they arrive, even the positioning of the patient,” Whiteford said. “It’s a balance of physical and mental criteria.”

The enhanced form of CPR isn’t brand new, but it’s becoming more widespread for first responders across the country, Whiteford said.
First responders track something known as ROSC, or “return of spontaneous circulation,” which means a patient’s heart has resumed beating. Nationally, ROSC rates for calls outside of medical facilities are low – on average, perhaps 25% of patients regain cardiac activity. Being able to deliver a cardiac arrest patient to a hospital with ROSC is always the goal, said Edwardsville Deputy Fire Chief Brendan McKee. “We’re just giving them a better chance of recovery,” he said.

McKee had learned from a large study on the method that is yielding positive results and useful data in Peoria, Illinois. Earlier this year, a team from Edwardsville, Glen Carbon Fire Protection District, Collinsville and Anderson Hospital visited the Peoria Fire Department to see it in action and learn about it.

Glen Carbon Fire Chief Jason Whitaker said his department is encouraged by the outcomes so far. “We’ve been able to get ROSC on the last five cardiac arrests,” he said. “We’re giving everybody that fighting chance they deserve.”

Anderson Hospital’s EMS Department will be monitoring patient outcomes and the data gleaned from these medical calls to help the first responders continue to improve.