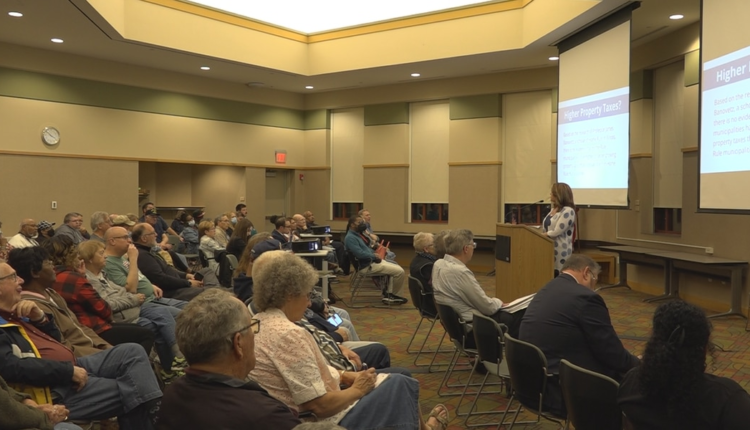 ROCKFORD, Ill. (WIFR) – We’re two weeks a day away from the general election, that’s when Freeport residents decide the fate of the city’s Home Rule status, which many say puts the control of the community into the hands of local leaders .

The Pretzel City has been a Home Rule community for more than fifty years, but after it’s population dipped below 25,000 in 2021, whether that status continues is for voters to decide on the November ballot.

“The simple question of do you want decisions being made by 118 representatives, 59 senators, and the governor?” said Freeport Mayor Jodi Miller. “Or, do you want local people, solving local issues?”

Leaders argue Home Rule allows the city to fund local services, like police and fire, through a sales tax which generates around $4 million dollars. Without those funds, leaders say it may force them to raise property taxes.

“We will have to tough conversations upon what services and what staff will be cut,” said Miller.

But some residents think there is more to the picture.

“If you look at other municipalities that don’t have Home Rule, they do the same thing,” said one resident. “It’s the same bullet points, same talking points every single time.” He points to Rockford, which lost Home Rule in the 80’s from allegedly abusing it. But Miller says Freeport is different.

“We’ve had a great track record under it,” said Miller. Leaders say the only reason the city’s status is in jeopardy is because of a decrease in population.

Some opposed to Home Rule argued doing away with it, would ultimately put more power into the residents’ hands, rather than city council’s. While leaders believe voting to continue Home Rule will allow them to determine swift solutions, with residents top of mind, they understand it comes down to the public and their vote.

“Whether we remain on Home Rule or not, the city will do what the voters say,” said Miller.