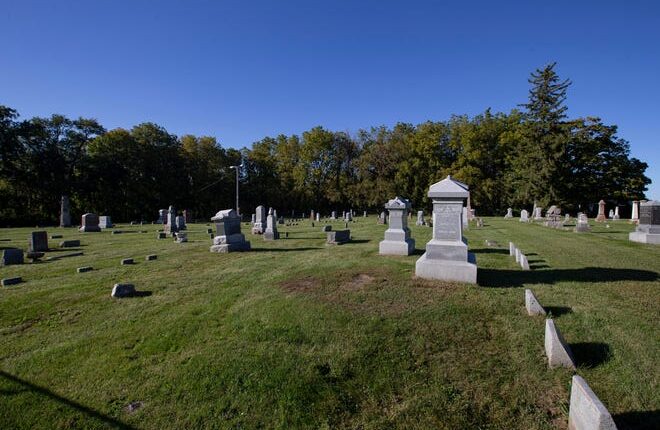 ROCKFORD — ‘Tis the season for chilling tales of ghosts, goblins and things that go bump in the night.

The northern Illinois area is filled with haunted houses, buildings, theaters and roads, according to various websites that document such things.

Let’s take a look at some of the most notable allegedly haunted places in our area.

This downtown showplace was built in 1927 and seats approximately 2,400 people.

Paranormal groups have documented several ghosts at the Coronado, according to a theater tour guide.

Willar Van Matre, who built the Coronado, his wife Irma, former theater manager Louis St. Pierre and a former theater secretary are believed to be core spirits who continue to watch over the theater to this day.

The cottage opened to the public as a museum in 1943 and is supported, in part, by the Rockford Park District.

Paranormalists and witnesses have reported hearing bumping sounds and children’s voices at the cottage. There have also been reports of the spirits of the Tinker family lingering on the grounds. Tinker Swiss Cottage was featured on an episode of TV’s Ghost Hunters.

There are a handful of spots on campus that are believed to be haunted, according to the Illinois Haunted Houses website.

One of those locations is Adams Arch, the only remaining part of the original Rockford College campus. There have been reports of the sound of what was believed to be a young woman’s laughter late at night.

A man who died by suicide is said to haunt Talcott Hall, and the spirit of the man who designed the university’s Clark Arts Theater is believed to have made the theater’s lights flicker.

Built-in 1929 as a hotel, the 15-story Faust Landmark is Rockford’s tallest building.

According to the Haunted Places website, the building is inhabited by ghosts that have lingered inside what was the hotel’s ballroom.

Nestled in the city’s Churchill’s Grove neighborhood, this two-story home was the site of a horrific mass murder in January 1978.

Simon Peter Nelson used a knife and a rubber mallet to kill his six children while they slept inside the home after Nelson’s wife informed him she was filing for divorce.

Nelson was convicted of the killings and died in prison in 2017 at age 85.

The home still draws interest from occasional onlookers who are curious about the notorious murders.

If you wish to experience a nightmare-inducing ordeal with plenty of ghoulish vibes, Bloods Point Road is the place to go, according to the Haunted Illinois website.

Of all of the roads in the Land of Lincoln, Bloods Point Road is the most active when it comes to paranormal activity, Haunted Illinois claims.

Many instances of murders, accidents and even a lynching have reportedly occurred on or near the road.

Paranormal teams have reportedly found evidence there is a presence in the theatre. The teams reported hearing distorted voices and what could be described as footsteps.

The Victorian home was once a station for the Underground Railroad.

Paranormal teams have documented a presence in the basement of the home where the family would hide captives. There’s also a rocking chair stationed in the basement that’s been said to rock on its own.

Legend has it President James Garfield’s assassin, Charles Guiteau, was buried in secret in the house after his execution. Although his remains have never been found in the home, Freeport natives are sure that the house haunted it.

The house belonged to Charles Guiteau’s aunt and uncle who are also believed to haunt the grounds.

Witnesses have reported seeing visions of a phantom woman on Kennedy Hill Road for decades, according to Haunted Illinois.

Some people believe the road is inhabited by the ghost of a young woman who roams the nearby cornfields dressed in black with a scarf around her neck.

The Woodstock Opera House was built in 1889 and designed as a multi-use facility with space for city administration offices as well as police and fire departments. The city of Woodstock still owns the building, but the building is used exclusively as a performance space.

The building is known for its Victorian style décor and development of arts, but also for the ghost stories associated with it.

In the early 20th century, an actress named Elvira was said to have hung herself in the belfry of the opera house and there are those who believe her ghost continues to linger there today.

The opera house’s balcony seat DD113 is kept empty for Elvira to sit during performances.

According to the Haunted Places website, Elvira has been spotted roaming the hallways of the opera house.