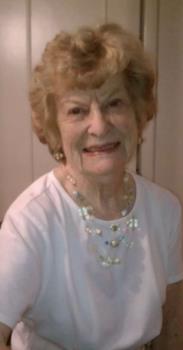 Shirley Jean Middlesworth Hill, 96, of Ooltewah, Tennessee, and formerly of Bloomington, Illinois, passed away peacefully at her residence on October 22, 2022.

Shirley was born on December 23, 1925, to Lloyd (Curly) and Mary Edna Middlesworth in Charleston, Il. She attended the Laboratory school (on Eastern Illinois Campus) and went on to study English Literature at Eastern Illinois University. Upon graduation, Shirley had a career teaching English, first in Amboy, Il., and later in Naperville, Il. On June 30, 1951, Shirley married Donald Freeman Hill, also of Charleston Il., and together they had three children.

In 1964, Shirley and Don moved to Bloomington where they raised their family and developed friendships that lasted decades. While Shirley was first and foremost a loving mother, she was also involved with many local organizations, including PEO, Brokaw Service League, Baby Fold, History Club and Blue-Chip Investment Club. She and Don were members of Wesley United Methodist Church in Bloomington and she served on many committees and was involved in Bible study. Don and Shirley sat in the same pew each Sunday for as long as anyone can remember.

Shirley loved playing games of all kinds with her family and friends. She played bridge in two women’s groups and in a couples duplicate group that traveled the world together. She was a regular on the tennis courts at Evergreen Racquet Club and Bloomington Country Club (BCC) and golfed most Wednesdays at BCC where she and Don also joined the “Hackers and Smackers.” Shirley lived her life with a positive upbeat and easygoing attitude that she passed on to her family. She had a twinkle in her blue eyes and made people feel better when she was around them.

Shirley was predeceased by her husband, Donald, her sisters, Lois Baggott and Cleda Pope and brothers, Harold and Mike Middlesworth, her daughter-in-law, Sally Hill, and her grandson by marriage, Dalan Thornton.

A private memorial by the family members will take place in the near future. In lieu of flowers, the family requests memorials in her memory be made to Wesley United Methodist Church of Bloomington, or a charity of the donor’s choice.

Please share your thoughts and memories online at www.ChattanoogaValleyViewChapel.com