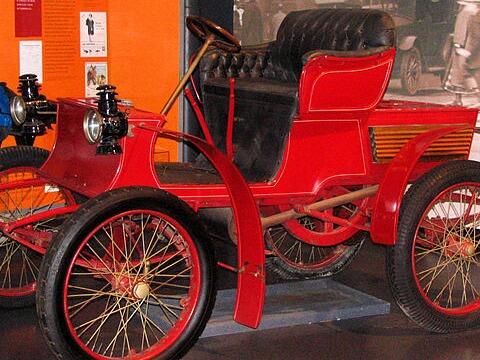 The St. Louis Motor Carriage Company was founded in 1898 by George Preston Dorris, Sr., vice-president and senior engineer, and president, John L. French. This company manufactured automobiles at 1211-13 North Vandeventer Avenue in St. Louis, Missouri. From 1899 to 1907, it was the first of many companies in St. Louis making automobiles. The horseless carriage, the St. Louis, was developed at this company and the vehicles had the advertisement slogan of Rigs that Run.

[They] realized the broad commercial potential of the automobile and founded the St. Louis Motor Carriage Company, the first car-manufacturing company in St. Louis. (Source.)

Dorris, Sr. was born and raised in Nashville, Tennessee. He attended Vanderbilt University. Dorris, a pioneer automobile manufacturer, was later credited with developing the float-feed carburetor. He experimented with building his first homemade car in Nashville in 1897.

Between 1903 and 1926, the Dorris Motor Car Company manufactured around 50 cars. Later, he established the Dorris Co. in 1946 that manufactured gearboxes and speed reducers. This company was founded along with his sons, George P. Dorris, Jr., and Dunkan K. Dorris.

Mr Dorris [Jr.] held a patent for the design of the shaft-mounted gearbox which is now commonly used throughout the industry. (Source.) 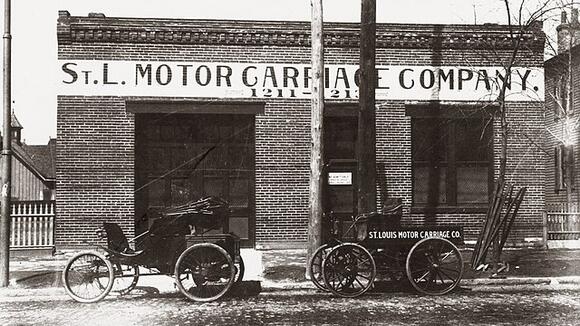 French died on May 23, 1903, at age 30. He had just married the year before. While on a business trip, he went for a trial drive in a new car and it collided with another one. French was thrown from the vehicle and suffered head injuries.

This would be when Dorris established the Dorris Motor Car Company. 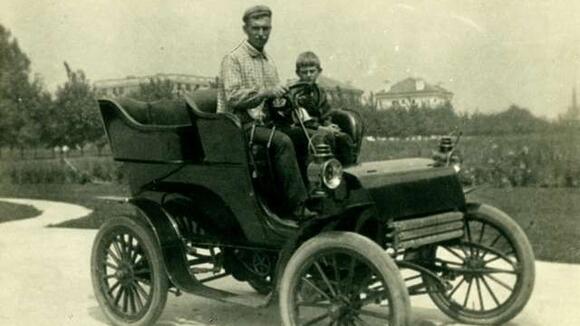 The first automobiles had single and twin-cylinder engines. They also had a steering lever for steering until the steering wheel was introduced.

In 1905, the company relocated to Peoria, Illinois, and was renamed, the St. Louis Motor Car Company. Resting on 10 acres, a brand new three-story factory was constructed.

Dorris, Sr.’s new company was started in the old St. Louis Motor Carriage plan in 1906. His motor cars were produced through 1906. 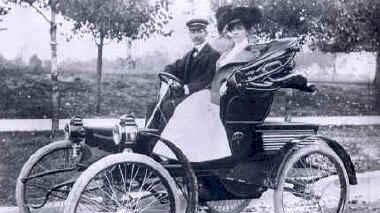 The St. Louis Motor Carriage Company went out of business shortly after moving to Peoria.

The building pictured below used to house the Dorris Motor Car Company. On February 10, 2000, it was listed on the National Register of Historic Places. It was constructed in 1907 to be used as an automobile factory. The third story was added in 1909. The building functioned as the company’s manufacturing plan until 1926. It was influential in getting St. Louis on the map as a center for automotive assembly and parts manufacturing.

In 1926, the Dorris Motor Car Company went out of business, but the building has been continually repurposed. 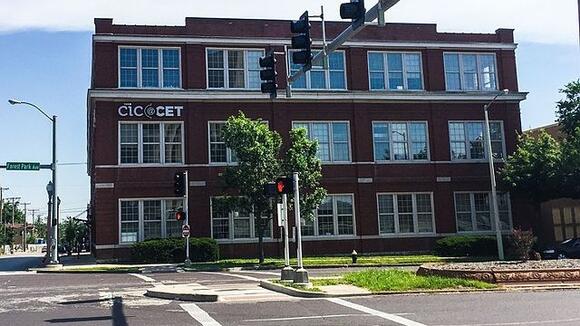 Renovated in 2004, the building was formerly the 1907 Dorris Motor Car Company Building.Photo byLittleT889, CC BY-SA 4.0, via Wikimedia Commons.‘It’s got a cop engine, a 440 cubic inch plant. It’s got cop tires, cop suspension, cop shocks. It’s a model made before catalytic converters so it’ll run good on regular gas. So, is it the new Bluesmobile, or what?’ — Dan Ayckroyd as the character ‘Elwood Blues,’ describing a newly purchased police surplus car to his bother Jake in the classic movie ‘The Blues Brothers.’ (Source.)

Thank you very much for reading!