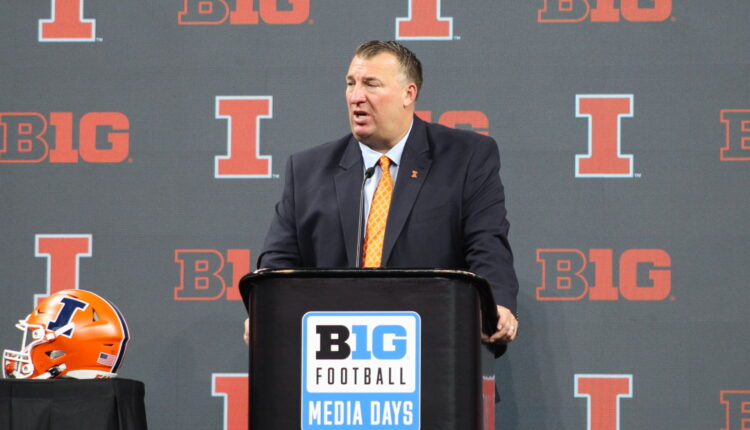 With a 1-1 record going into Week 2 of the season, Illinois took a 38-6 win against Wyoming Aug. 27 followed by a 23-20 loss at Indiana Sept. 2. The Fighting Illini will take on Virginia Saturday at Memorial Stadium in Champaign, Illinois.

In his sixth season with Illinois, senior offensive lineman Alex Palczewski is key for the offense this season. Palczewski holds the Illinois all-time start record at 54 after the Indiana game. Serving his second year as a team captain, Palczewski will be leading the Fighting Illini throughout the 2022 season.

Senior defensive back Jartavius ​​Martin kicked off his 2022 season strong by recording seven tackles and three pass break-ups against Wyoming. Going into his fifth year, Martin provides veteran experience in the Illini secondary, shown by his 55 tackles which ranked fifth on the team last season.

The Fighting Illini’s passing was a major weakness in 2021, but that may be improved this season with returning wide receivers sophomore Isaiah Williams and junior Casey Washington. However, with the losses of former offensive linemen Doug Kramer and Vederian Lowe, the offensive line takes a hit which may be a weakness for the team.