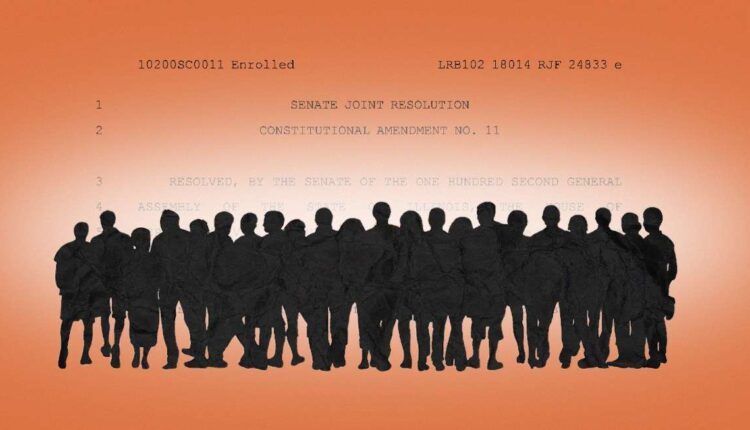 Next week Illinois voters will decide whether to amend the state constitution to allow public sector unions to overrule any regulations that might constrain their power and influence.

Public Employee unions are portraying Amendment 1, called the Workers’ Rights Amendment, as a mechanism for preserving their powers of collective bargaining within the state’s constitution. But certain collective bargaining powers are already protected by state and federal laws. Certainly in Illinois, its powerful public employee unions have had little problem dominating politics and government for years. For instance, the Illinois constitution prevents lawmakers from scaling back future pension benefits for public employees (even if it threatens to bankrupt the state).

What Amendment 1 does is much, much broader than what the unions are admitting. It gives unions veto power over laws that control what public employees are and aren’t allowed to do. Amendment 1 says, “No law shall be passed that interferes with, negates, or diminishes the right of employees to organize and bargain collectively over their wages, hours, and other terms and conditions of employment and work place safety, including any law or ordinance that prohibits the execution or application of agreements between employers and labor organizations that represent employees requiring membership in an organization as a condition of employment.”

Amendment supporters say that this will prevent “right to work” laws (which forbid requiring union membership as a condition of employment) in the state, something which is currently not even on the table in Illinois. The amendment would be bad enough if that were a true description of what it did, but it goes so far as to prevent the passage of any law that touches on a topic that unions want to negotiate. The amendment, in reality, would give union veto power over lawmakers.

The Illinois Policy Institute has been warning about the problems with this amendment for more than a year. Over at the Cato Institute, senior fellow Walter Olson also takes note of the massive potential problems:

[C]ourts may well interpret it to strike down a wide variety of state and local laws and policies that it will be argued should have been decided through bargaining rather than unilateral resolution by lawmakers or public managers. In particular, government employers would be obliged to negotiate questions in two elastic categories workers’ “economic welfare” and “safety at work.” Just such considerations have been advanced by, for example, police unions asserting an interest in the rules on violent engagement with citizens, and teachers unions asserting an interest in whether pandemic‐​closed schools reopen. If courts agree, it will become unlawful for elected officials to pursue voters’ wishes on such questions without first negotiating them with worker representatives.

As the election finally approaches, the Illinois Policy Institute is pointing out that editorial boards at media outlets in the state are warning against the amendment’s passage. And while one would think that telling voters that their elected lawmakers would lose the power to write laws regulating union employees would be enough to sink it, they’re not taking the risk. The Institute is also pointing out that one likely outcome of the amendment’s passage would be massive property tax increases.

The Chicago Tribune notes in its editorial opposing Amendment 1, “[S]once the public sector also has to raise funds to cover its cost, the amendment seems likely to put pressure on property taxes and other sources of government revenues. We’ve not heard a viable counterargument to that. It certainly won’t reduce the size or expenses of government.”

In a September commentary in the Chicago Sun-Times, Mailee Smith, director of labor policy for the Illinois Policy Institute, calculates that homeowners in Cook County could end up paying an additional $3,000 in property taxes during the next four years. Smith’s overall point is that Illinois is already a heavily taxed state that is bleeding population as it is. The last thing the state needs is giving public employee unions even more power to make every single bill in the state a negotiated process that would drive more public money in their direction.

According to Ballotpedia, no newspaper editorial boards have yet come out in favor of passing Amendment 1.

An October poll conducted by Champaign, Illinois, CBS affiliate WCIA, in conjunction with The Hill and Emerson College, found that 53.7 percent of voters in the state supported the amendment’s passage. But because the bill amends the state’s constitution, it must reach a 60 percent threshold. If these numbers hold, it will fail. But the poll also found that 16.4 percent of voters are undecided. They will determine the amendment’s ultimate fate.

Rockford Lutheran paints a victorious picture in win over…