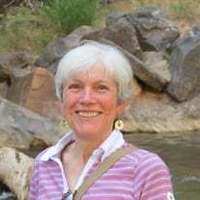 Janet E. (Russell) Baker, 84, of 12 Olde Parish Lane, Sterling died peacefully at home in the comfort and loving care of family and friends on October 14, 2022 from Alzheimer’s Disease. She leaves her husband of 54 years, Bruce S. Baker, a son, Charles R. Baker and his wife Heidi Baker, and their four children: John, Lauren, Madisyn and Kyle. Janet was born in Clinton, Massachusetts and raised in Clinton and Brunswick, Maine. She graduated from Clinton High School, Bates College in Lewiston, Maine, and the Graduate School of Library Science at the University of Illinois in Champaign-Urbana Illinois.

After marrying Bruce in 1968 she served several terms as a trustee, and later Director, of the Conant Public Library in Sterling where she initiated and managed several major modernization, renovation and expansion projects. In 1986 she was appointed director of the Gale Free Library in Holden where she updated services and operations and was the driving force behind the library’s complete renovation and construction of a large addition. She retired in 1999.

Janet was a talented artist, avid reader, gardener and doting grandmother. She was active in both library and community affairs, particularly the Sterling Garden Club, serving many years as treasurer and First Church in Sterling where she served as chair of the Operations Leadership Team and member of the Governance Board. She will be deeply missed by her family, friends and all who knew her.

The family wishes to thank all those who remembered and supported Janet during a difficult illness.

Relatives and friends are invited to visit with Janet’s family from 3 to 6 pm on Wednesday, October 19, at Miles-Sterling Funeral and Tribute Center, 100 Worcester Road, Sterling. A memorial service celebrating Janet’s life will be held at 2 pm on Thursday, October 20, at First Church in Sterling, 6 Meeting House Hill Road, Sterling. The Rev. Robin Bartlett will be officiating. Memorial contributions may be made to First Church in Sterling, PO Box 40, Sterling, MA 01564. To share a memory or offer a condolence, please visit www.milesuneralhome.com

How Susan G. Komen became such a recognized name in breast cancer awareness