How Susan G. Komen became such a recognized name in breast cancer awareness 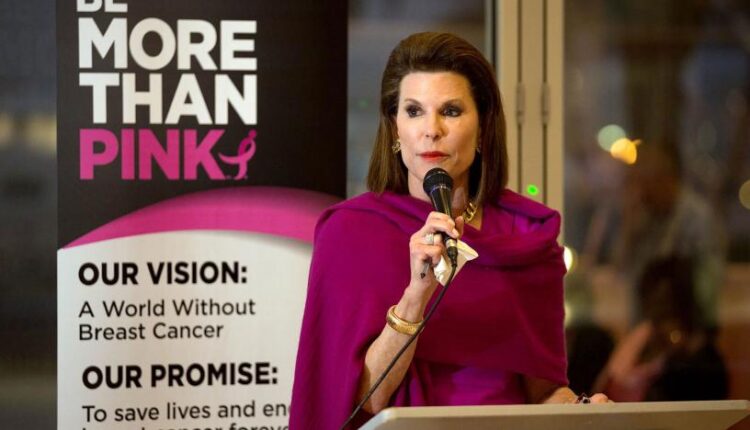 (CNN) — Susan G. Komen is one of the largest, most recognized breast cancer organizations in the world. Since its founding in 1982, the nonprofit has invested more than $1 billion in cancer research, and more than $2 billion in patient outreach, according to financial documents. The foundation’s race for the cure is known as the one of the largest breast cancer awareness events created, and is as synonymous with the cause as the iconic pink ribbon.

Yet, the actual Susan G. Komen was not a celebrity. She did not publicize her illness, which took her life in 1980 at the age of 36. In fact, it was only after Komen’s death that her name became so incredibly famous.

Who was Susan G. Komen?

Susan G. Komen was born Susan Goodman, and grew up in Peoria, Illinois. According to her sister, Nancy Goodman Brinker, she was well-liked; a homecoming queen and caring older sister. When Komen was diagnosed with breast cancer at 33, she and her family went through all of the terror and uncertainty one does when faced with a life-threatening disease. Despite undergoing various treatment strategies, Komen died three years later.

It was Nancy Brinker who founded the organization in Komen’s honor. Brinker, who was married to restaurant magnate Norman Brinker until 2000, would go on to become the World Health Organization’s Goodwill Ambassador for Cancer Control. She was also awarded the Presidential Medal of Freedom by President Barack Obama in 2009.

How did Susan G. Komen get so popular?

In 1983, Brinker had the idea to capitalize on the jogging fad and hold a 5K race in Dallas as a fundraising event. The result was the first ever Susan G. Komen Race for the Cure. The idea ballooned from there, becoming a multi-city event within years. This level of marketing savvy was one of the reasons the foundation got so popular so quickly. The pageantry of the races, with survivors and supporters decked out in pink, carrying signs and cheering each other on along the way, became an iconic part of the breast cancer awareness movement.

Brinker’s charity efforts were also buoyed by a rising tide of breast cancer awareness in the 1980s. First lady Betty Ford, wife of President Gerald Ford, prompted an increase in mammograms back in 1974 after she announced she had breast cancer. Brinker herself was diagnosed with breast cancer in 1984.

Susan G. Komen continued to harness the momentum of breast cancer awareness into the 1990s, as the popularity of the ubiquitous pink ribbon also rose and more companies began creating breast cancer awareness tie-ins. By its 20th anniversary in 2002, the foundation had raised more than $400 million and amassed powerful corporate partners.

However, the foundation has also been established by controversy. In 2012, Susan G. Komen held funding for screening exams for Planned Parenthood, a move many saw as a politicization of the cause. Though the decision was reversed, it caused the resignation of several staff members and damaged public perception. Around the same time, Brinker — who stepped down as CEO — was criticized for the large six-figure salary she was collecting as CEO of the foundation. In 2016, the foundation received more criticism after holding an annual fundraiser at then-presidential candidate Donald Trump’s Mar-a-Lago Club.

Since these events, the organization has struggled with wavering levels of public trust, even seeing a decline in fundraising in recent years.

Despite controversy, Komen’s Race for the Cure walks and runs continue to be wildly popular. This year, 40 cities across the US will host More Than Pink Walk and Race for the Cure events. And while not every pink ribbon or breast cancer walk is related to Susan G. Komen, the foundation’s influence is hard to overlook.