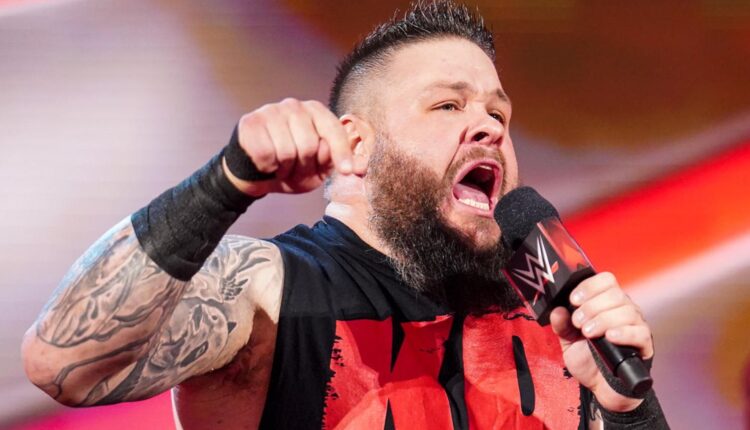 Kevin Owens may have suffered an injury at Sunday’s WWE live event in Madison, Wisconsin.

Owens defeated Austin Theory but appeared to have suffered a knee injury at one point. Fans in attendance noted how Owens went down on his knee, and the match was called off soon after that moment.

Owens reportedly came down from the turnbuckle and landed hard on his knee. He immediately clutched the knee as the referee checked on him. He then got back up, went right to the Stunner and got the pin on Theory.

It remains to be seen if Owens is legitimately injured, or if he was just selling the match.

Owens, who also defeated Theory at Saturday’s WWE event in Peoria, Illinois, has not appeared on RAW since he and Johnny Gargano defeated Alpha Academy on the September 26 show. He has continued to work non-televised live events since then, and is rumored to be involved in the Survivor Series War Games match, but that has not been confirmed.

Owens is advertised locally for tonight’s RAW from Louisville, Kentucky, but that does not necessarily mean he will appear as he has been advertised for other recent tapings.

stay tuned to WrestlingHeadlines.com for more on Owens’ status.

Follow Marc on Twitter at @this_is_marc. Send any news, tips or corrections to us by clicking here.

A look at campaign finances of local political candidates