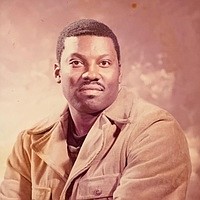 Lacy John Griffith began his journey of life on May 9, 1931, in Arkadelphia, Ark. as the son of Richard and Roberta (Tate) Griffith. On Monday, Sept. 12, 2022, The Lord closed his eyes and granted him rest.

Lacy participated in the Korean War as a soldier in the United States Army. In June 1952, Lacy was united in holy matrimony to Dorothy Jean Penix. He accepted Christ as his personal Lord and Savior at a young age. He was a dedicated member and Deacon at Bethel Baptist Church in Rockford, Ill., and Greater Pleasant Hill Missionary Baptist Church in Arkadelphia, Ark.

The visitation will be held at 10 am on Friday, Sept. 23, 2022, at Greater Pleasant Hill Baptist Church, 1600 Caddo St., Arkadelphia, Ark. The funeral will follow at noon. The burial will be in Piney Grove Cemetery.

The guest registry is at http://www.carriganmemorial.com