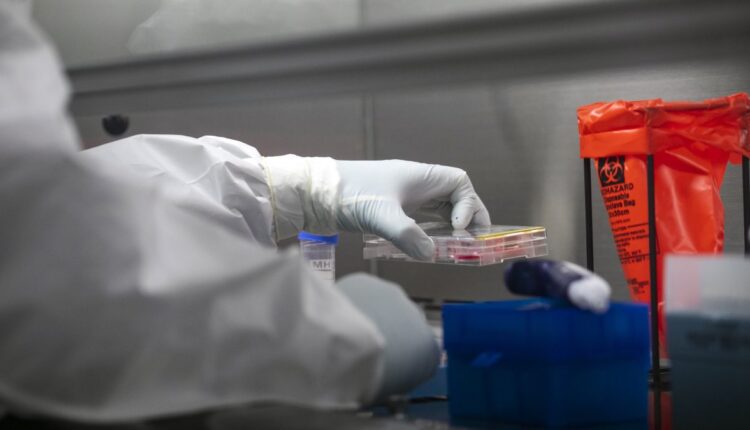 Several new COVID variants – XBB, BQ.1, BA.1.1 – are starting to rise in numbers, sparking concern from experts around the globe, but what do we know about them and what could they signal for the pandemic amid fears of another winter surge?

BQ.1.1 and BQ.1 are among the newer variants to emerge but are already rising above other recent variants like BF.7 in their spread, according to the Centers for Disease Control and Prevention.

The XBB variant, however, has been making headlines for its role in a recent wave of COVID cases in Singapore.

“The XBB variant wave in Singapore will soon be their 2nd worst for the pandemic,” Dr. Eric Topol, founder of the Scripps Research Translational Institute, tweeted. “The reinfection rate prior to the wave was 5% and now up to 17%, which tells us about the immune escape properties of this variant (akin to BQ.1.1, very high level of immune evasion)”

The XBB variant wave in Singapore will soon be their 2nd worst for the pandemic. The reinfection rate prior to the wave was 5% and now up to 17%, which tells us about the immune escape properties of this variant (akin to BQ.1.1, very high level of immune evasion) pic.twitter.com/IMoMuymp75

Another concern is whether the new variants can evade treatment from monoclonal antibodies, like Evusheld, which is used to prevent infections in those who are immunocompromised and not generating enough response from the vaccine.

The US Food and Drug Administration earlier this month updated its information for health care providers to state that those receiving the treatment could be at an “increased risk for developing COVID-19 when exposed to variants of SARS-CoV-2 that are not neutralized by Evus hero.”

Beyond the variants’ ability to spread quickly, Topol told TIME that BQ.1.1 is “riddled with troublesome mutations” that could “pose a threat to our immune system’s response.”

Chicago’s top doctor said the rapid rate of increase is worrisome, but it’s not all bad news.

“These are all subvariants of omicron,” Chicago Department of Public Health Commissioner Dr. Allison Arwady said Tuesday. “And so, I don’t like to see new variants at all, but the one I would be really worried about is a variant emerging that is not part of omicron because that is the real question in terms of major lack of predictability.”

She noted that seasonal shifts could play a role in the rise in new variants.

“The way COVID, like any other virus, mutates, creates new variants is by spreading,” Chicago Department of Public Health Commissioner Dr. Allison Arwady said Tuesday. “Every time there’s a new COVID infection, there is an opportunity for the virus to mutate just a little bit in the genetics of it. And when we start to see more COVID infections happening, we also start to see more variants. That’s just how it works. So the fact that we’re heading into colder weather, it doesn’t surprise me at all that we would see more mutations.”

“We’re not in quite as stable place as we were six weeks ago… but the best news is everything is still omicron,” she said. “And so getting your fall 2022 vaccine should give us that extra protection we’re going to need… remember that the updated variant is specifically good for the BA.4, BA.5, which is more than 80% of what we ‘re seeing right now.”

The White House last week said eligible Americans should get the updated COVID-19 boosters by Halloween to have maximum protection against the coronavirus by Thanksgiving and the holidays, as it warned of a “challenging” virus season ahead.

dr Ashish Jha, the White House COVID-19 coordinator, said the US has the tools, both from vaccines and treatments, to largely eliminate serious illness and death from the virus, but stressed that’s only the case if people do their part.

“We are not helpless against these challenges,” he said. “What happens this winter is up to us.”

Still, it remains unclear whether those new bivalent boosters will protect against infection in general, with studies still underground even as Americans get the shots.

Germany’s health minister warned at the end of September that the country is seeing a steady rise in COVID-19 cases as it goes into the fall, and urged older people to get the new COVID booster shots. Other European countries such as France, Denmark and the Netherlands are also recording an increase in cases, Karl Lauterbach told reporters in Berlin.

“We are clearly at the start of a winter wave,” he said.

Despite vaccine uptake, Arwady said she is still anticipating a surge in the coming months.