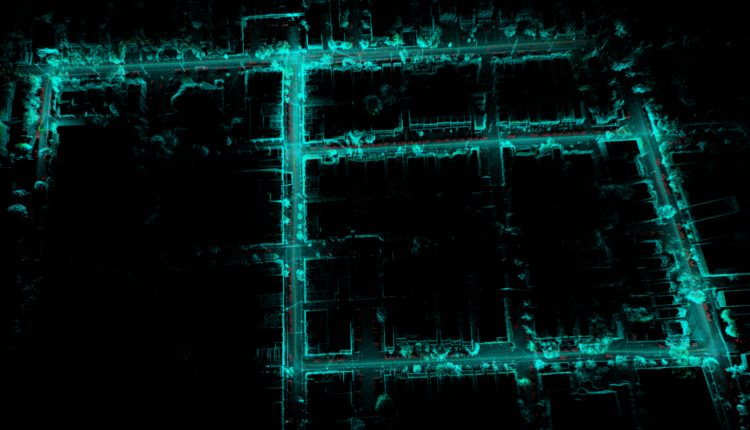 “Will it play in Peoria?”

The old vaudeville saying depicts Peoria, Illinois, as the prototypical US city. And for many years Peoria was one of the nation’s top test markets, measuring consumer opinions on products ranging from Pampers to Kleenex. Today that legacy is mostly history — but a new initiative is poised to revive that atmosphere of practical experimentation.

The Central Illinois Living Laboratory is the first major program of Distillery Labs, the hub for business startups and entrepreneurs that’s set to open in downtown Peoria next year. By integrating sensors and other technologies into our streets, utilities and public infrastructure, it seeks to create a test bed for new product innovations and solutions to some of Peoria’s biggest challenges. A recent agreement approved by the Peoria City Council may be the first of its kind in Illinois — putting Peoria on the map as a so-called “smart city.”

A Laboratory for Business Attraction

Kurt Bialobreski is the Chief Innovation Officer at Hanson Professional Services, who has partnered with Distillery Labs to manage this ambitious program.

“What the Central Illinois Living Laboratory is intended to do,” he explains, “is to allow entrepreneurs, corporations and other folks to be able to go out into the ‘living laboratory’ of the right of way, and work with the partners that own the right way, to try your idea, to help build your business case and to prove out your business model, your technology or the work that you’re trying to do.”

Chris Setti is CEO of the Greater Peoria Economic Development Council and the interim CEO of Distillery Labs, where smart city and mobility technologies comprise one of the primary focus areas. “It’s really about that digital environment, how we are making decisions, collecting information and using that built environment,” he says. “The physical location of Distillery Labs we think of as a makerspace. It’s a place where people can come to work on their business. Central Illinois Living Laboratory just extends that theory to the outside world.”

The smart city agreement streamlines the process for companies to use the public right way, while the city maintains oversight and a focus on public safety. It’s the role of Distillery Labs to market this opportunity to companies — both within and outside of the region — to test their technologies in Peoria.

“From a Greater Peoria economic development standpoint, it’s a business attraction opportunity,” Setti explains. “We talk largely about Distillery Labs in terms of supporting our own entrepreneurs: giving the people who live here the chance to refine their idea and make a success out of it. But the reality is that entrepreneurship is also something that can be imported; innovation can be imported. So how are we able to utilize the assets of our community and this entrepreneurial ecosystem in order to support startups who want to come here.”

At the heart of this model is a new way to do business with government agencies known as “challenge-based procurement”—a rapid response to problem solving which engages private industry to respond to civic challenges.

“We’ve created a challenge grant system … and thought of some things we needed to have in the Central Illinois Living Laboratory,” Bialobreski notes. “And one of those is a ‘digital twin.’ It’s a replica of the built environment, both above ground and below ground.

“If you think of the metaverse that they talk about a lot or augmented reality, maybe we’ll call it the ‘infraverse,'” he continues. “Mach9 Robotics, one of the companies that’s going to come to town and do some work for us in that space, I think that’s what they call their software.”

Mach9’s “infraverse” software will use data from ground-penetrating radar, LIDAR and other scanning technologies to create a 3D digital replica of a triangular loop in the Heart of Peoria — the area bounded by Main Street, Western Avenue and Washington Street. That information can then be used by the City, as well as companies through Distillery Labs, to improve efficiencies and solve problems.

“The City of Peoria has a grant to rebuild or revitalize Main Street from the riverfront up the hill towards Bradley [University],” Bialobreski explains. “So we’re going to create a 3D digital twin of Main Street … and use their software and their proprietary ways of combining all of those datasets, and then tell the City of Peoria what kind of pavements they have to a certain depth, and where all the utilities are. So when they do that reconstruction, maybe that makes it a lot more efficient… or they can tell us, potentially, where the storm sewers are in bad shape — maybe they’ve collapsed somewhere, or something that we don’t know about… those kinds of things.”

Andrew Ngui, Director of Innovation and Startups at the Greater Peoria Economic Development Council, explains the digital twin is a low-cost, low-risk environment in which companies can run simulations to test their solutions before physically building them.

“Think of it like Minecraft, to put it in today’s terms,” ​​Ngui says. “Imagine that you could literally build out this digital world of Peoria. And you can run all your testing within that space, with all its various specifications, and then bring that into the real world after you’ve worked out all the problems.”

“That itself then becomes an attraction for other startups who are looking for datasets they can start playing around with,” Setti adds. “So it really starts to build on itself. If we’re able to get a digital twin of some portion of the city, then we think, ‘Well, who else might be able to utilize that?’ And it really becomes kind of like a snowball effect, I would hope.”

One of Peoria’s biggest challenges is the combined sewer overflow, when heavy rains and stormwater runoff overwhelm the system and release untreated sewage into the Illinois River in violation of the Clean Water Act.

As part of its settlement with the EPA, the City of Peoria is using green infrastructure to address this problem. The Central Illinois Living Laboratory will provide a way to measure the progress and success of that solution.

“Distillery Labs is helping to fund a set of sensors that are going to collect how effective the infrastructure is at diverting that water, absorbing that water back into the ground and keeping it out of the storm sewer,” Bialobreski explains, “and then make that data available to people in Distillery Labs to improve upon that infrastructure, or to change how the City is doing their work… those kinds of things.”

Another pilot program would create a digital replica of the sidewalks within the Heart of Peoria loop, while a third program will study a smart lighting system that makes pedestrians more visible to vehicles at crosswalks and intersections. All of this work will lay a digital foundation for future applications such as self-driving cars and augmented reality. But for now, the Central Illinois Living Laboratory is grounded in more fundamental civic challenges, and most of its early work will not be noticeable to the general public.

“Think about it this way: Smart cities, at least in the initial phases, will be invisible to most people,” Ngui says. “And it may not seem like a lot of work. But there is a lot of underlying building of infrastructure — data infrastructure, digital infrastructure — behind it that will, when done right, be invisible by default to people. And that’s actually a good thing. Because at the end of the day, we’re improving the lives of people, their quality of living, and in many ways technology should be invisible from that perspective.”

A Hub for Smart City Technologies

The Central Illinois Living Laboratory seeks to place Peoria among the likes of Columbus, Ohio, and Spokane, Washington, as a national hub for testing smart city technologies in the real world. As a mid-sized city, Peoria offers some distinct advantages.

“There are a lot more cities like Peoria than there are like Chicago, for instance,” Bialobreski says. “It’s a different density of people… different levels of congestion. Our hope — and one of our value propositions, I believe — is that it will be much easier for startups or corporations to scale their solutions from Peoria to Chicago, than to scale them back from Chicago to Peoria.”

With a signed agreement with the City and several programs already in development, the Central Illinois Living Laboratory is set to revive Peoria’s legacy as a test market for innovation. And while this initiative may eventually enable a high-tech future of autonomous vehicles and delivery drones, its initial success will be judged on something more elementary.

“What I see as a success story three or five years from now, is that Andrew [Ngui], through his work and connections, has recruited a fair number of startups and even larger corporations to come here and try some stuff,” Bialobreski explains. “Students from Bradley are using it… and Peoria seen as a hub for this kind of work. People are coming here actively to do that work, and some of them are moving here to start their companies. So if Peoria is known as a place that maybe… ‘Does it play in Peoria’ kind of thing—a place to figure that out and to be that testbed—to me, that is really the win for this project, for Distillery Labs and for our region.”