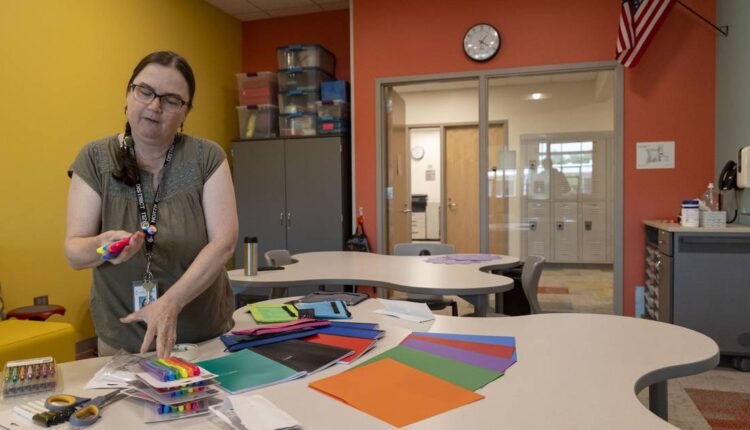 As I sit here and reread the essays my students wrote on their first day of school a half-century ago, I can’t help but ponder what has changed and what remains the same since my first class.

First days are met with excitement, enthusiasm, a sense of wonder and a clean slate. Other than perhaps fire and tornado drills, I could spend the majority of my time focused on handling student needs and creating the most engaging lessons I could think of. I even slept with paper and pencil by my bedside for that occasional lightning idea in the middle of the night.

Don’t get me wrong. The job was hard — very hard. But most of the time, my colleagues and I were laser-focused on our students. Over the years, as a teacher, principal, superintendent and professor, I have witnessed the absolute decline in enthusiasm for working in schools as witnessed by the mass exodus and teacher shortages brought on by overprescriptive accountability, unimaginable and unparalleled school safety concerns, viruses, curriculum creep, politics and more.

Teachers and administrators juggle too much on a daily basis today. We should be thanking them for inspiring and motivating our youth for our future world and their future world as we will come to know it and live in it. During these most challenging times, other than divine providence, the future is in their hands.

So “Happy New Year” to my fellow educators, and please save those pictures and memorabilia you acquire over the years. Save that “hero file” and look at it on those tough days or in your later years. It will make you smile and give you a sense of self-worth and purpose.

And, as I have come to learn, some of your students will stay in touch with you, and one may even become your doctor who gets you through a challenging time. And as I chuckle and humorously say, “I think I can still change your grade!”

I am a seventh grader and a second-generation immigrant from China. I am concerned about the recent tension between China and Taiwan due to US House Speaker Nancy Pelosi’s visit to the latter. I would like to share my grandfather’s story.

My grandpa was born in 1937, a month after the Japanese invaded Beijing. He didn’t meet his father, a lieutenant general in the Nationalist Party who was busy defending China, until he was 9. After the Chinese Civil War, his father retreated to Taiwan, but the rest of the family was unable to follow.

Fearing persecution from the Communist Party, my great-grandmother burned all of my great-grandfather’s belongings, including his diploma from the University of Chicago. Though my grandpa lacked physical mementos to remember his father by, the memory of his father’s warm smiles carried my grandpa through dark hours.

My great-grandpa waited until it was safe to send his family a letter. As my grandpa read his father’s handwriting, he wept with joy. His father was alive!

In 1991, after 44 years of separation, he met his 90-year-old father in Taiwan. My grandpa started to cry. It was like he and his father were never apart.

Later, my great-grandpa lamented that he didn’t take good care of his wife. My grandpa told him that he did what he had to do to protect his family.

“I didn’t help you,” my great-grandpa said tearfully, “but I’m supporting my granddaughter’s education in the US”

Five months after their reunion, my great-grandpa passed away. My grandpa placed his mother’s ashes carefully in his father’s tomb; after decades apart, they were able to rest together once more.

My grandfather’s story is not unique. At the end of China’s civil war, about 1.2 million people fled to Taiwan, and many were separated from their families in China. Many immigrants in the US can share similar tragic stories caused by war.

For the sake of millions of families like my own, I urge political leaders from all countries to refrain from provoking and escalating conflicts that could lead to war and cause more family tragedies.

I am one of those few remaining drivers who prefer to drive only slightly above the speed limit. My reasoning is based on safety and ecological responsibility.

What drives me to write about this issue is my perception of a noticeable uptick in speed and reckless driving in recent years. For example, recently while I was driving home on the Dan Ryan Expressway around Sox Park, those six lanes of unmonitored traffic looked like the Wild West. Cars and trucks were darting in and out of lanes without signaling and at wild speeds. I took it in stride as just another day on the Chicago expressways.

Then, on the Edens, three racing BMWs passed my car while I was going 62 mph like I was standing still. One on the right shoulder, one on my left, and one two lanes over swerving right, then left, to overtake the previous two. Has this ever happened to you?

Solutions? Perhaps those red light cameras that annoy so many and do little for public safety could be repurposed to click away over the highways in our fair city. Think of the revenue it would generate and from those ending our well-being. Demand accountability from the judges who provide perpetrators only a slap on the wrist. Provide a state police presence for all to see that this issue is taken seriously.

Join the conversation in our Letters to the Editor Facebook group.

Submit a letter, of no more than 400 words, to the editor here or email [email protected]