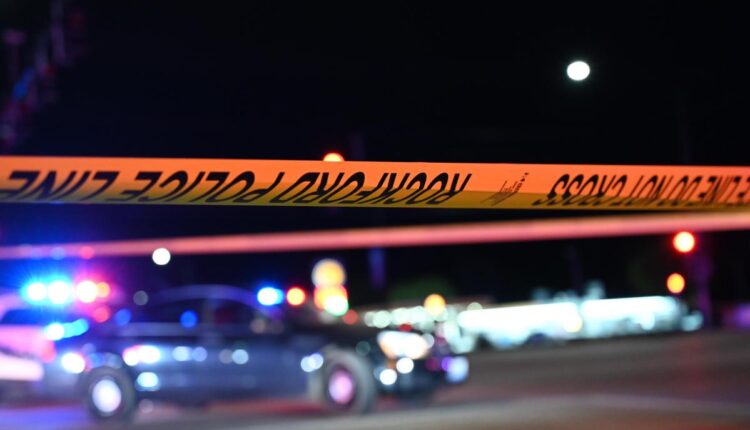 ROCKTON — A 25-year-old man shot Thursday by a Rockton police officer in a Walmart parking lot allegedly tried to run over the officer in an alleged shoplifting incident.

Hanley said at about 7:40 pm Thursday, Rockton Police Sgt. Ben Heintz was flagged down by a shopper outside of the Walmart at 4781 E. Rockton Road to report a shoplifting incident. The officer located a female suspect and her vehicle in the store’s parking lot.

The suspect, Melody Gackstatter, reportedly was unloading a cart full of merchandise into a vehicle. The vehicle was occupied by Austin K. Levitski, 25, who was sitting in the front passenger seat.

Heintz approached the vehicle and ordered both suspects to exit the vehicle. However, Hanley said Levitski moved over to the driver’s seat and started driving while Heintz was standing in front of the vehicle.

As the vehicle accelerated, Heintz sidestepped it to avoid being hit and fired off three rounds at the vehicle, Hanley said.

The vehicle then turned near Forest Hills Road and eventually crashed into a garage near 11203 Dorothea Ave. at Machesney Park.

Hanley said Levitski ran from the scene before being tazed by officers. Levitski and Gackstatter were both taken into custody shortly after the crash.

Levitski was found to have been shot in the arm and was taken to the hospital.

Hanley said Levitski also was found to have three active warrants for theft as well as being wanted on an Illinois Department of Corrections warrant out of Wisconsin.

Hanley said Gackstatter was not injured and as of Friday evening had not been charged.

Heintz has been placed on administrative leave pending the outcome of the investigation.

Hanley said task force investigators are in the early stages of the investigation as they are interviewing witnesses, collecting evidence from the scene, and obtaining video evidence such as the officer’s body camera and dashboard camera footage.

Hanley said video footage is not being released at this time.

Hanley also said all information that has been gathered is preliminary, and the investigation is ongoing and may evolve as investigators interview witnesses, review physical and electronic records, and analyze forensic evidence.