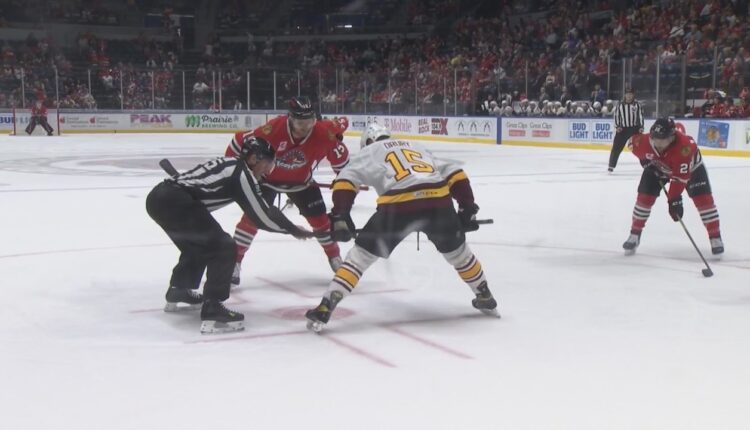 ROCKFORD, Ill. (WTVO/WQRF) – IceHog’s home openers are always special. This year’s will be amped up even more Saturday evening because of the opponent, the Chicago Wolves.

The IceHogs’ hated rivals will be in Rockford. The Wolves were far and away the best team in the American Hockey League last season. They won the Calder Cup. But the IceHogs dominated them in their regular season series, however, the Wovles got the last laugh when they swept the IceHogs three games to none in the second round of the playoffs.

None of that has been forgotten by the players.

“It’s obviously been a huge rival,” said IceHog’s third-year forward and team captain Garrett Mitchell. “For us think it’s going back to what we did that gave us success last year against that team. It’s a team that plays fast and a team that has a lot of skill, so we’re excited. I think we’ve got a lot of speed and a lot of skill up front as well.”

Current IceHogs forward David Gust was on the other side of this rivalry last year. He played for the Wolves. He helped them eliminate the IceHogs in the postseason and win the cup.

“The rivalry was pretty tough last year being on the Wolves side. Rockford kind of had our number in the regular season, so it’s a game you always get up for, the I-90 rivalry, so it’ll be fun.”

Saturday’s game will begin at 7 pm at the BMO Center in downtown Rockford.

KHN’s ‘What the Health?’: Biden Hits the Road to Sell Democrats’ Record