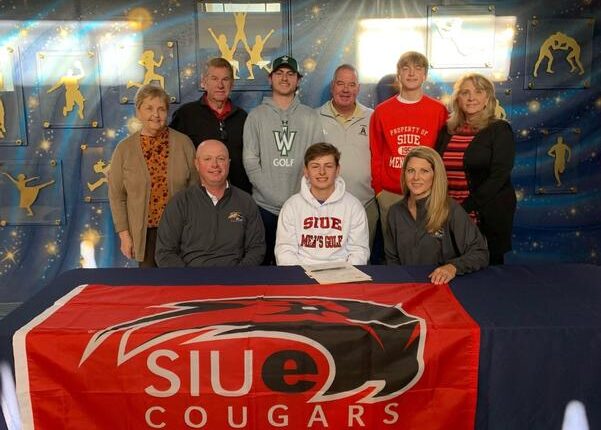 Bruening was a four-year varsity player at Althoonwards Catholic, where he earned All-Conference honors three consecutive years and was a two-year captain.

“We are happy to announce Max signing with SIUE Golf,” Brown said. “Max has enjoyed both individual and team success at Althoff Catholic which will help him here at SIUE.”

Bruening earned an All-State finish at the 2A Illinois State Finals in Bloomington, Illinois, as a senior. He was honored at the end of his season as the 2022 METCA 2A Player of the Year following nine tournament wins and a scoring average of 71. He carded a school-record 62 at the O’Fallon Panther Classic.

Max had three wins in the summer season which included a 67-64 at an AGT event at St Clair CC. He placed fourth at the St. Louis Invitational and 12th at the 53rd Illinois State Amateur Championship in Barrington, Illinois.

“He is a hard worker who has shown the ability to shoot some low numbers,” Brown added. “We look forward to watching him have an impact on our program in the coming years.”

Bruening has been on Honor Roll all four years at Althoonwards Catholic and is a member of The National Honor Society.