No. 17 Illinois vs. Nebraska Prediction, Odds, Spread and Over/Under for College Football Week 9 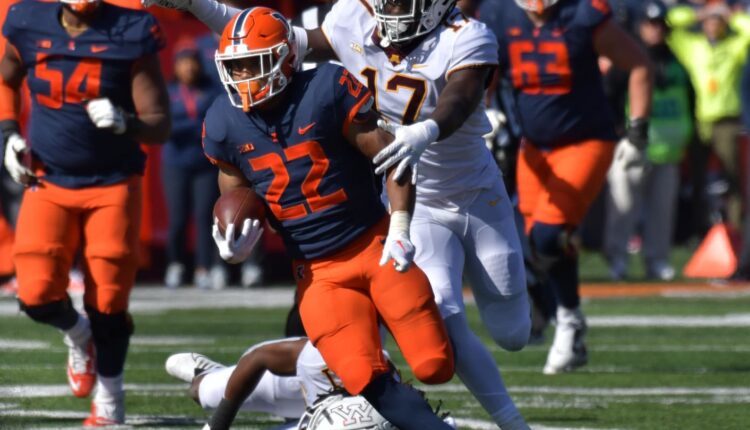 Both Nebraska and Illinois are coming off a week 8 bye, but in very different situations for their program. Bret Bielema did this thing rolling in Champaign Illinois and built one of the best defenses in the entire country. The Fighting Illini are 6-1 and are first place in the Big 10 West.

Nebraska has looked better since firing Scott Frost and just being 3-4 feels like a real accomplishment for this team. Maybe Nebraska’s interim head coach, Mickey Joseph will get a signature win and make his case to hold onto the job.

No offense has gotten to the Illini, but they also haven’t played exactly a murderers row of high-powered offenses. Minnesota is the 49th ranked scoring offense in the country and is the highest ranked offense that Illinois has faced. They allowed 14 points in that game. Nebraska is 63rd in scoring offense and 48th in total yards per game. Casey Thompson completed 16 of 29 passes for 354 yards and two touchdowns in their last game against Purdue.

I don’t think Illinois has the most talented defense in the country. They certainly are not a better unit than Georgia or Michigan, but you can only play who is on your schedule and the Fighting Illini have dominated the Big 10 West. The total is pretty high in this one considering the Illini defense, so let’s not overthink it and just take the under.

Game Odds refresh periodically and are subject to change