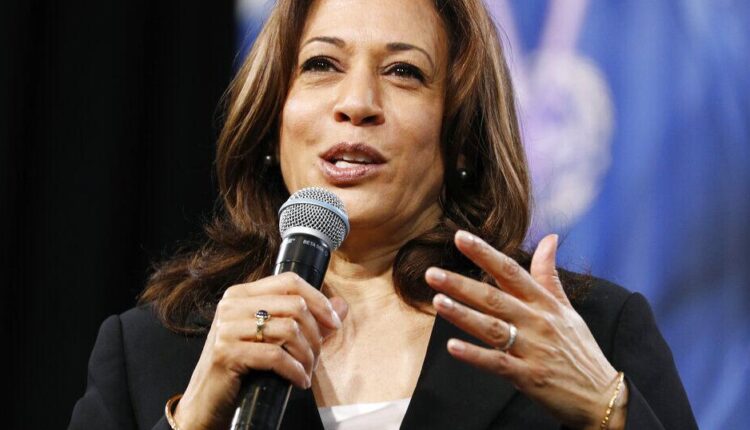 The civil rights movement of the 1960s intersected with the labor movement at many points. It was A. Philip Randolph, the leader of the Brotherhood of the Sleeping Car Porters Union, who called for the 1963 March on Washington for Jobs and Freedom.

Randolph and the Rev. Martin Luther King Jr. intentionally referenced both jobs and freedom because they recognized the importance of economic progress.

That message was not lost on a young Kamala Harris, a native of California who spent a portion of her childhood in Madison, as she explained to me in a Labor Day weekend interview on her current work with Secretary of Labor Marty Walsh on the Biden administration’s signature labor rights initiative, the White House Task Force on Worker Organizing and Empowerment.

Born in 1964 in Oakland, Harris was raised by parents who were passionate supporters of the civil rights movement. The family brought that commitment with them when they moved first to Champaign-Urbana, Illinois, where Harris’s younger sister Maya was born, and then to Madison, where they lived in 1968 and 1969. Her father, Donald Harris, taught economics as an associate professor on the University of Wisconsin campus. Her mother, Shyamala Gopalan Harris, was a researcher in the McArdle Laboratory for Cancer Research, studying hormonal interactions relative to breast cancer.

Her parents would eventually separate, with Shyamala, Kamala and Maya returning to Oakland. But the vice president well recalls childhood days in Madison, playing along lakeshore paths and celebrating birthdays and holidays on the near west side.

While Harris does not place a precise date on the development of her political consciousness, it came early. With a mother who was “deeply rooted” in economic and social and racial justice movements, the vice president was inspired by Cesar Chavez, Delores Huerta and the United Farm Workers movement.

“The farmworkers movement was very much a part of my childhood,” she recalled. “This sounds quaint, and so I’m reluctant to say it, but, you know, I didn’t eat a grape until I was in my 20s. Like, literally, had never had a grape. I remember the first time I had a grape, I went, ‘Wow! This is quite tasty.’ It was absolutely ingrained so deeply in me: never cross a picket line.”

For Harris, the connection between the civil rights movement and the labor movement is foundational history.

“This is the stuff that you know we have to remind people of,” she told me. “This is why Dr. King was assassinated, because he was bringing together the civil rights movement with the workers. It was the sanitation workers (with whom the Rev. Martin Luther King Jr. marched in Memphis before his assassination in 1968). He saw the alignment, and saw the power, of bringing these groups together that seemed to have nothing in common and had everything in common. And we were on the verge of a merger of that — an understanding that the priorities and the issues (of civil rights and labor activists) are inextricably linked.”

Harris recalls marching with strikers, particularly hotel workers in San Francisco, and working with building trades unions to get formerly incarcerated people into apprenticeship programs. As San Francisco’s district attorney, California’s attorney general and then a US senator, Harris was as closely aligned with labor as Biden was as a senator from Delaware and vice president. Those ties helped make Biden president and could help Harris to do the same some day, though she brushes aside such talk at this moment.

Her labor connections also give Harris an understanding of the role that unions play in the lives of workers.

“What she’s doing now is consistent with what she’s always done,” said Laphonza Butler, a former president of California’s SEIU Local 2015, the largest long-term care local in the country, who now serves as president of Emily’s List. “She’s always been focused on the economic advantages of being in a union, of course, but also on the human side.”

When I asked Harris about this, she elaborated.

John Nichols is associate editor of The Capital Times. [email protected] and @NicholsUprising.

Share your opinion on this topic by sending a letter to the editor to [email protected] Include your full name, hometown and phone number. Your name and town will be published. The phone number is for verification purposes only. Please keep your letter to 250 words or less.

‘He Stood His Ground’: California State Senator Will Leave Office as Champion of Tough Vaccine Laws