Prosecutors could file charges against Rockford cop who injured teen 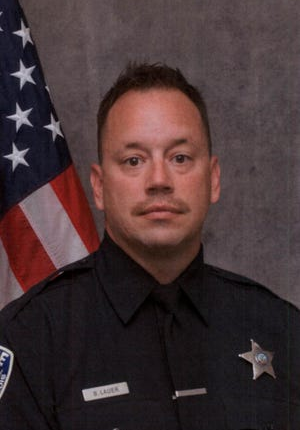 The review will determine if charges should be filed against Rockford Police Officer Bradley Lauer, a school resource officer who threw a misbehaving 14-year-old to the floor, cracking his skull on the tile and leaving him knocked unconscious, according to the teen’s attorney .

“We are not looking at policy or at any civil issues,” Hanley said. “We are just reviewing whether he should be charged criminally.”

Attempts to contact Lauer via email and requests for an interview through the Rockford Police Department were not successful. Requests for Chief Carla Redd to comment were referred to the city of Rockford legal department.

Hanley said his review was in part sparked by a federal civil lawsuit filed on behalf of the boy, Parris Moore, and his family.

Related:What happened next? Rockford leaders dodge questions on police use of force in school

The federal civil rights lawsuit named Rockford Public Schools, the city of Rockford, Lauer and school administrators as defendants. It argues Lauer used excessive force and that he tried to play down the incident, telling family members that Moore slipped and fell.

Lawyers say the confrontation left Parris with a fractured skull, traumatic brain injury and what could be permanent brain damage.

Moore’s family says any charges that were filed against Parris were apparently dropped.

Because the teen is a juvenile, Hanley said he could not comment on any review of the case that took place last year. But now the case is being looked at for potential charges against the police officer. Hanley said he would utilize an outside agency, perhaps the Illinois State Police, to investigate the case.

The Winnebago Boone County Integrity Task Force was not activated to investigate the incident when it happened. Even though the child suffered what his lawyers say turned out to be a serious head injury, the body slam or leg sweep that was used to take him to the floor was not considered a use of deadly force that would typically be investigated by the Task Force .

Lawyers for the boy’s family released school security footage they say shows Parris wandering school hallways after a disagreement with a teacher. Parris can be seen refusing to follow a school administrator’s directions. Lauer, who was working as a school resource officer, can be seen intervening.

It is also not clear what kind of review was conducted of Lauer’s use of force by the Rockford Police Department as required by the department’s general orders.

Although the Rockford Register Star requested copies of Lauer’s police report and use of force report, those requests were denied by the city. The Register Star also asked for a copy of any report from a supervisor’s investigation of the use of force. The city claims the records are exempt from FOIA because they involve a juvenile and could hurt someone’s right to a fair trial. It was unclear what trial was being referenced.

The Register Star also asked for a copy of any review conducted by a police use of force review board but was told no such records exist.

A Rockford Register Star reporter since 2005, Jeff Kolkey writes about city government, politics, trends in the Rockford region and more. He is a Rockford resident, a married father of two and a White Sox fan. He can be reached at (815) 987-1374, via email at [email protected] and on Twitter @jeffkolkey.