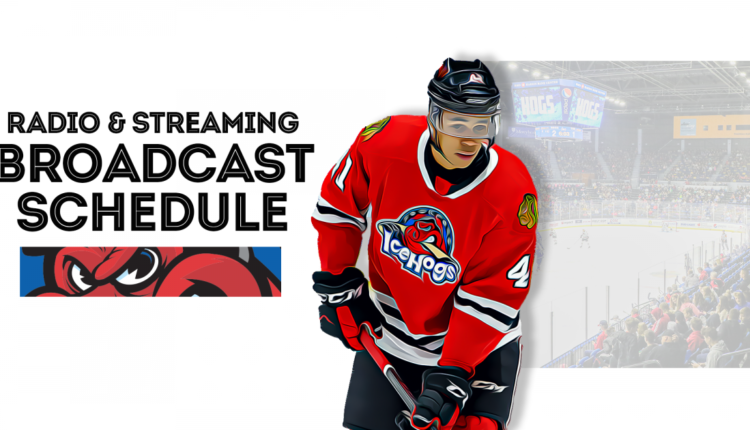 Mid-West Family and the IceHogs will unveil the future of the Chicago Blackhawks, streaming every audio broadcast on all of the Midwest Family’s local channels, including 104.9 The X, B103, 95.3 The Bull and Rockford Greatest Hits 100.5 and were also featured on Rock River Current, the Stateline’s premier source for local events, news, and culture. Live broadcasts and on-demand audio streams of each game will also be available again on IceHogs.com and the IceHogs app.

Join the IceHogs for a Fiesta Watch Party at the BMO Harris Bank Center to start the regular season 2021-22 Friday October 15th! Doors open at 5:30 p.m. and our Grand Rapids season kicks off at 6:00 p.m. IceHogs merchandise is sold on the Oink Outfitters mobile booth, and fans can enjoy tacos, nachos and margaritas too! Click HERE for more information about the Fiesta Watch Party!