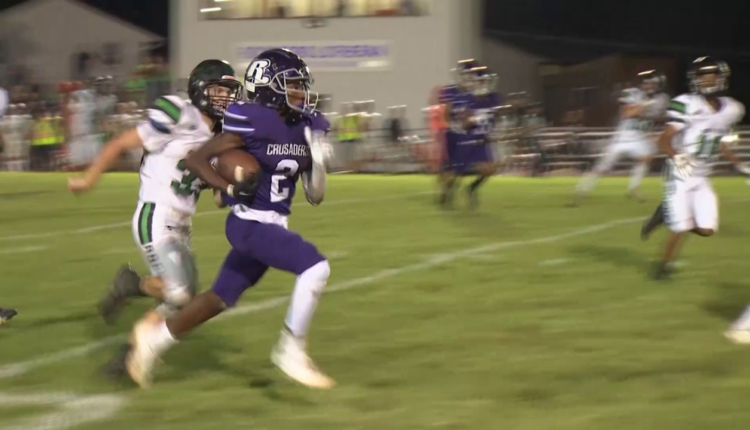 ROCKFORD, Ill. (WTVO/WQRF) – Rockford Lutheran’s football program has been like a roller coaster ride over the past 15 years. There were the great years when James Robinson was running with the football and Bruce Bazsali was the head coach. Before those years and right after those years the program had several down seasons. Now it’s on the rise again.

First-year head coach Jeff Leudke has the Crusaders in the IHSA playoffs for the first time since 2016, Bazsali’s last season as the school. The Crusaders are in spite of relying primarily on juniors, sophomores and even some freshmen in key roles.

The made the playoffs with a 5-4 record getting in on the final week of the regular season when they defeated another playoff-bound team Winnebago. The young Crusaders grew during the season to the point where they nearly beat Dixon in week six before losing 22-19. They gave Stillman Valley a battle in week eight, and then of course they won at Winnebago.

Now, after competing against 3A and 4A teams all season in the Big Northern Conference, the Crusaders will compete in the 1A playoff field. They’ll open up Saturday afternoon in Kewanee against Annawan-Wethersfield.

For more on this story, watch the media player above.