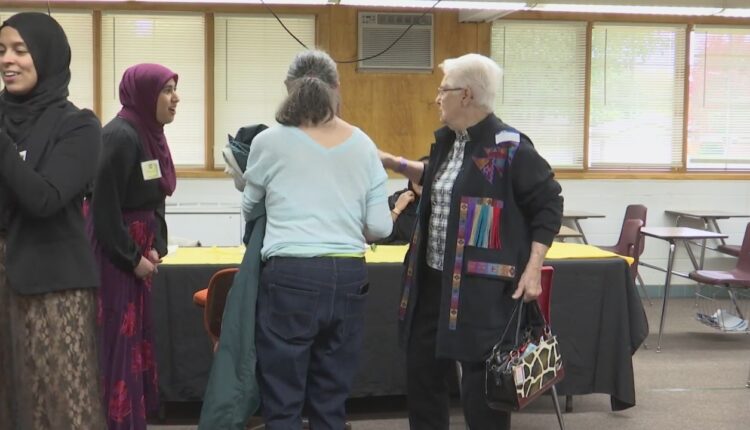 The Muslim Association of Greater Rockford hosted a mosque open house called “Meet Your Muslim Neighbors.” The event was specially organized for non-Muslims to learn more about the religion and the community members who are a part of it.

There was a tour of the mosque, a presentation on Islam, Arabic calligraphy, henna, food and more.

“When you move to Rockford and you drive down Harrison, you kind of see this big building and it’s gold and it’s just there, and you sometimes wonder, ‘what’s inside,'” said Samra Isic, public relations for the Muslim Association of Greater Rockford. “So, if we’re advertising and hosting these kinds of events then people who are living in the area, or in the neighborhood or just moving to town, can actually see what’s going on.”

The event has been held every year since the mosque opened.