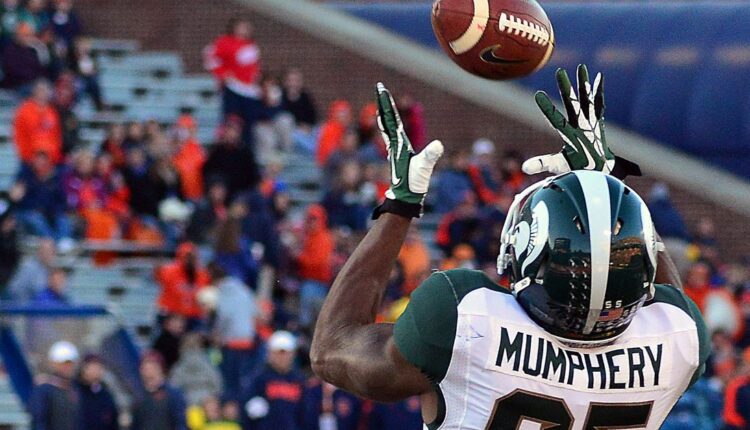 It was tough to see alley ways for last Saturday’s rivalry matchup in Ann Arbor to be favorable for the Spartans, but stranger things have happened. Unfortunately, the night became memorable in all the wrong ways, most notably due to the actions that came after final snap.

Michigan State (3-5, 1-4 Big Ten) played well in the first quarterback against Michigan (8-0, 5-0) before ultimately falling to the Wolverines 29-7, now giving the Spartans a steeper climb to postseason play with some difficult games remaining. Although MSU was well-rested coming off a bye week with the most depth it had in weeks, the Spartans struggled in many of the same categories.

The team who wins the rushing battle typically takes home the Paul Bunyan Trophy, and Blake Corum made sure that trend would hold true. Michigan’s star running back finished with 177 yards and two scores, while Michigan ran for a total of 276 rushing yars compared to Michigan State’s putrid 37.

MSU now heads in to Champaign this Saturday to face a suddenly rejuvenated Illinois program with aspirations for a Big Ten West title. A game that seemed like it may have been a write-off to begin the year for the Spartans now looks to be the other way around. Depleted momentum mixed with added distractions certainly creates a tough matchup, not to mention the Spartans will be down at least four suspended players, including two starters.

So, as accustomed this year, we look back to some brighter times. This installation brings us to homecoming for Illinois in 2013, where the Spartans’ “No Fly Zone” defense made sure there were no chances of an upset.

During the middle of Spartans’ iconic Rose Bowl run in 2013, the team dominated Illinois on both sides of the ball en route to 42-3 victory over the Fighting Illinois.

Quarterback Connor Cook finished 15-of-16 for 208 yards passing, setting a Michigan State record for passing efficiency just a week after possibly his worst performance at that time versus Purdue. Spartan running back Jeremy Langford added 104 yards on the ground and two touchdowns.

After seeing the final score, it may have seemed that MSU dominated from start to finish, But the Spartans let Illinois hang around — taking their time before running away with things. The Fighting Illini were stopped on two chances inside the 1-yard line to take the lead in the second quarter, setting up a 99-yard, 8:08 drive to take the lead 14-3 and flip the game. MSU wouldn’t look back after that, rushing the ball with ease and putting up a wall defensively.

the no 1 ranked Spartan defense hero Illinois — which had been averaging just over 35 points a game coming into the contest — to just 128 total yards. Michigan State improved to 7-1 overall, and 4-0 in Big Ten play, after the victory.