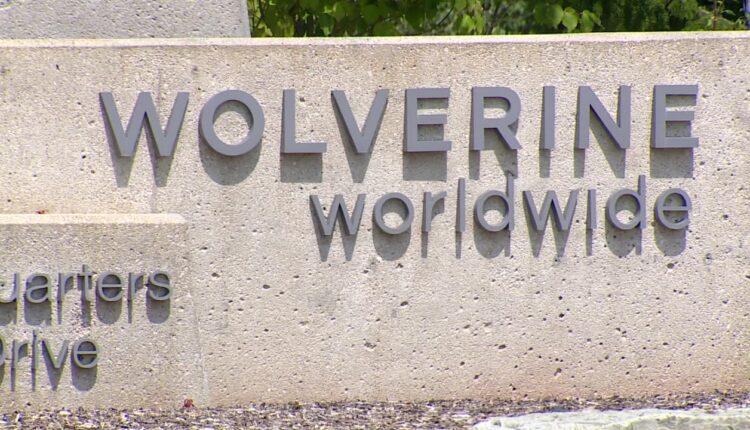 ROCKFORD, Mich. (WOOD) — State environmental regulators have issued a citation to Wolverine Worldwide for delays in a plan to cleanup a Rockford site contaminated with PFAS.

The Michigan Department of Environment, Great Lakes, and Energy says the citation was sent to the company on Oct. 19

Karen Vorce, a district supervisor with EGLE in Grand Rapids, says the company learned the system it had designed to clean the groundwater at the former tannery site along the Rogue River cannot process enough water. A purification system will have to operate indefinitely at the site, according to Vorce.

The site of the former Wolverine Worldwide tannery in Rockford. (Nov 1, 2022)

“It was 22 extraction wells that were proposed,” Vorce said. “The wells kind of were too far apart in some areas to be able to fully cover the whole site.”

Sandy Wynn-Stelt is part of the Wolverine Citizen’s Advisory Group and lives near a Plainfield Township site that was used to discard materials from the tannery.

“I wish I could say I was surprised,” Wynn-Stelt said. “I think Wolverine has shown a repeated pattern of kind of slow walking all the remediation, taking their time, avoiding it when they can.”

Elaine Sterrett Isely, the deputy director of the West Michigan Environmental Action Council, says it’s not surprised by the delays.

“Wolverine has done the bare minimum that they’ve been asked to do from the get-go and that was only when the regulatory side became more active and the lawsuits were filed,” Sterrett Isely said.

Wolverine Worldwide sent News 8 a statement in response to the citation:

“After installing initial test wells on the former tannery site, Wolverine Worldwide and its environmental consultants submitted to an EGLE-approved design on March 31, 2022. Early extraction well performance testing in April and May 2022, however, showed that the system needed modifications to better capture groundwater before reaching the river and achieve the intended goals of the system. The Company shared those results and a revised schedule with EGLE and is now making modifications to the system, which may include trench drains or additional extraction wells. Wolverine Worldwide will submit an updated design to EGLE by December 1. Designing, installing, and operating a complex groundwater extraction system like this takes time, and Wolverine remains committed to doing it well the first time.”

Homeowners impacted by the contamination say they are skeptical of the company’s promises to clean up PFAS sites.

“I hope this is the first and last of citations. I’m going to be very disappointed if this is an ongoing thing with them,” Wynn-Stelt said.

Wolverine Worldwide must submit a modified cleanup plan by Dec. 1 or risk fine.