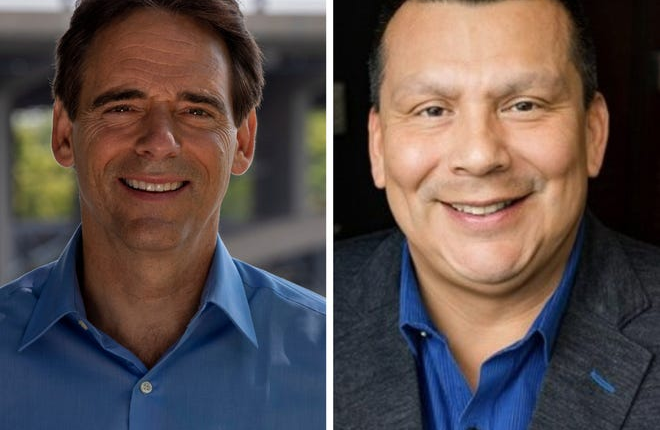 Stadelman, 61, is a former TV news anchor first elected to the state senate representing the Rockford region in 2012. He supported legislation that expanded gaming in Illinois and gave Rockford a casino license, a bill that incentivizes the growth of the electric vehicle and battery manufacturing industry in Illinois and secured $275 million to restore passenger rail service in Rockford. He also supported legislation that provided River’s Edge redevelopment funding that was instrumental in the redevelopment of properties in downtown Rockford.

But Reyes, 50, says Stadelman “skipped the vote” on the controversial SAFE-T Act, the criminal justice reform bill that made body cameras mandatory for police, standards use-of-force training and seeks to end the cash bail system in Illinois .

Supporters of the bill say it ends a wealth-based system of pretrial detention that unfairly targets people of color. It replaces that system with one that assesses a defendant’s risk of fleeing and the safety threat he or she poses to the public. Critics say it will too often allow people accused of serious crimes out of jail before a trial and harm public safety.

Stadelman has said he declined to vote one way or another as his way of saying that improvements were needed to reform the criminal justice legislation.

All seats in the Illinois Senate are up for re-election Nov. 8 following the US Census. The winner will serve a two-year term in the 34th Senate District and earn a salary of $70,645 a year.

We asked the candidates about the issues they would address if elected and what they would do about them. Here is a closer look.

Education: Bachelor of Arts in Journalism, University of Wisconsin-Madison

List the top three issues in your race and how you plan to address each of them if elected.

Peoria director focusing on representation with ‘In the Heights’ production