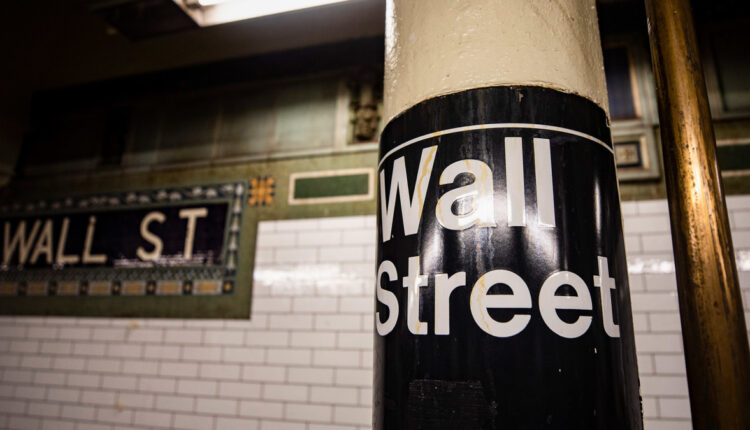 Here are five things you must know for Friday, October 14:

US equity futures edged lower Friday, following on from a wild session on Wall Street yesterday that saw the biggest trough-to-peak swing for the Dow in more than two years, triggered by a hot inflation reading that has essentially cemented the case for big Fed rate hikes between now and the end of the year.

The catalyst for yesterday’s rally, which included a 1,500 point swing for the Dow and the biggest intra-day move for the S&P 500 in nearly a year, remains uncertain, but stock investors appeared to be caught off-guard by the early morning move, which followed September inflation data showing a spike in core consumer price pressures and a faster-than-expected headline rate of 8.2%.

Bank of America’s closely-tracked Flow Show report suggests investors were long huge amounts of cash heading into yesterday’s inflation reading, while the market itself was significantly oversold, with around two-thirds of Nasdaq stocks trading 33% below their 52-week highs.

The September inflation reading, which included a headline rate of 8.2%, has effectively locked-in the prospect of a 75% point rate hike next month from the Federal Reserve, which would take the Fed Funds rate to a range of between 3.75% and 4%, with bets on a follow-on move of the same size to close out the year running at around 62%.

Stocks in Europe were also firmly higher, with London’s FTSE 100 up 0.8% amid reports that the UK government of new Prime Minister Liz Truss will scrap some of its planned tax cuts and borrowing increases, a move seen as easing tensions in the country’s bond market , which has been subject to Bank of England intervention for the past two weeks.

On Wall Street, investors head into the Friday session with their eyes on big bank earnings and what could be a key reading of retail sales strength for the month of September, with data arriving at 8:30 am Eastern time.

Investors are also eyeing the potential for a big deal in the grocery market, with reports that a $50 billion tie-up between Kroger (KR) and Albertsons (ACI) could be unveiled as early as today.

Futures contracts tied to the S&P 500 are indicating an 8 point opening bell decline, while those linked to the Dow Jones Industrial Average are priced to give back around 30 points from last night’s 828 point surge, the biggest single-day gain since November of 2020 The tech-focused Nasdaq is priced for a modest 44 point decline.

Benchmark 10-year note yields were holding steady at 3.912% in overnight trading while the dollar index, which tracks the greenback against a basket of its global peers, was marked 0.4% higher at 112.79.

Hurricane Ian may have provided a late September boost to retail sales figures, as Floridians and others in the southeast US stocked-up on essentials ahead of the devastating storm that swept through the region at the end of last month.

The Commerce Department’s reading of overall retail sales is likely to have risen around 0.2% from August, according to Street forecasts, when the overall tally was pegged at $683.3 billion.

Falling gas prices are likely to keep the headline dollar figure muted, although the pullback over the month of September was modest: pump prices fell by around 10 cents from end-August levels to around $3.83 per gallon before Ian made landfall in Florida on September 28 .

Still, the declines will likely fuel spending on discretionary items even amid the headwind of faster consumer price inflation, which was measured at 8.2% for the month of September.

JPMorgan (JPM) shares edged lower in pre-market trading ahead of its third quarter earnings prior to the opening bell and a spate of big bank updates that will unofficially kick off the third quarter reporting season.

A big decline in dealmaking, blunted by the summertime market lull, elevated market volatility and a surge in global borrowing costs, is likely to clip billions in investment banking fees from the bottom line of both JPMorgan and Citigroup, analysts suggest.

Merger activity is down around 55% from last year’s levels, according to Refinitiv data, with just $692 billion in deals completed – the lowest total since the second quarter of 2020 and the biggest year-on-year decline since 2009.

Trading fees may offset some of that decline, with banks taking advantage of the autumn volatility in the bond market, while Fed rate hikes are likely to boost net interest income tallies for JPMorgan, Citigroup (C) and Wells Fargo (WFC) which also reports prior to the start of trading.

Still, analysts are expecting a big drop in the bottom line of each of the three lenders, each of which is likely to set aside cash to cover the potential for bad loans in a weakening economy heading into the final months of the year.

JPMorgan shares were marked 0.7% lower in pre-market trading to indicate an opening bell price of $108.60 each, extending their year-to-date decline to around 31.5%.

Twitter said that lawyers for Musk had withheld documents that detail communications with both the Securities and Exchange Commission and the Federal Trade Commission and should be compelled to release them as part of their takeover trial in the Delaware Chancery.

Musk’s proposed takeover of Twitter has raised questions from the SEC, particularly related to the Tesla CEO’s first indication that he would be a passive investor in the group and his subsequent re-filing of papers to suggest he would consider a take-private acquisition.

Earlier this week, Musk was given until October 28 to close the deal by Delaware Chancery Court Judge Kathaleen McCormick late last week. Failing that, Judge McCormick said, a trial will likely take place in November, during which Twitter will attempt to compel Musk to complete their merger agreement.

Umpleby, 64, has been running Caterpillar since 2017 after serving more than 40 years with industrial equipment maker, but was due to retire in February of next year, at the age of 65, based on the group’s prior retirement policy.

“Waiving the mandatory retirement policy for Jim provides the Board greater flexibility with its CEO succession process,” said Caterpillar board spokesperson Debra Reed-Klages. “Jim has provided strong strategic and operating leadership for the company, and we look forward to his continued leadership of the Caterpillar team.”

Earlier this summer, Umpleby unveiled plans to transition its global headquarters later this year to the group’s existing site in Irving, Texas. Caterpillar moved last moved its corporate headquarters from Peoria, Illinois to the Chicago suburb of Deerfield in 2017.

Caterpillar shares were marked 0.05% higher in pre-market trading to indicate an opening bell price of $183.20 each.