Swim Heads To Carbondale For A3 Performance Invite 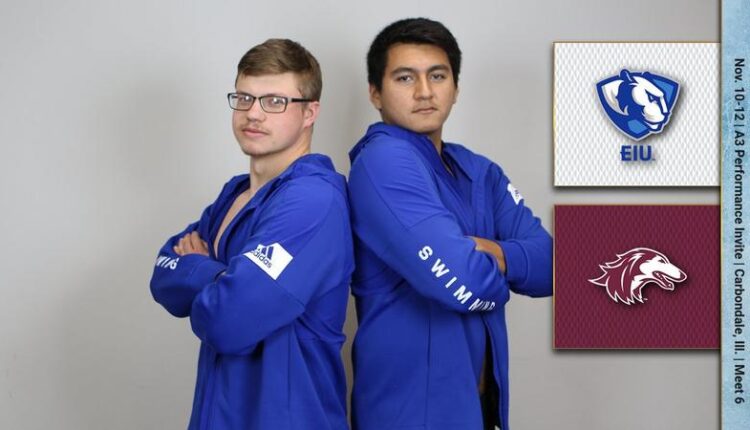 ON-TAP: Eastern Illinois swimming will compete in the Southern Illinois A3 Performance Invitational this week starting on Thursday, Nov. 10 at 10 am The three day meet will conclude Saturday night on Nov. 12. EIU will compete against SIU, Evansville, Valparaiso , Bellarmine, and UIS.

Southern Indiana and Lindenwood have also been added to the Summit League this season. The Screaming Eagles were picked to finish in seventh in both polls while Lindenwood was picked to finish in third in both after playing in the Great Lakes Valley Conference last season. Denver was selected as both the men’s and women’s preseason champion.

SUMMIT LEAGUE TOP TEN: Seven total swimmers for the Eastern Illinois Panthers are ranked in the top ten times in the Summit League this season.

A3 PERFORMANCE SEEDING: Camryn Lewis is the only Panther in the A3 Performance Invite to have a first place seeding out of 61 swimmers. The A team in the in the women’s 200medley relay is also seeded first with a time of 1:31.17.

NEXT UP: Eastern Illinois swimming will have a couple weeks off before returning home to Padovan Pool to face-off against the IUPUI Jaguars. It will mark the second home meet of the season for the Panthers.

HEAD COACH: An experienced coach at the collegiate level with additional experience on the international level, Johnathan Jordan comes to EIU following a seven-year stint as the head coach at Lincoln College where he helped grow the program from a two-year college program to a member swimming at the NAIA level. He becomes the ninth coach in school history at EIU.

On the international level, Jordan was a member of the Marshall Islands Swimming Federation coaching staff with athletes competing in the World Championships, Pacific Games, Oceania Games and the 2020 Tokyo Summer Olympics. He also worked on the Fiji Swimming Federation coaching staff for one summer helping develop the program’s Olympic qualification standards and as a member of the Oceania National Olympic Committee.