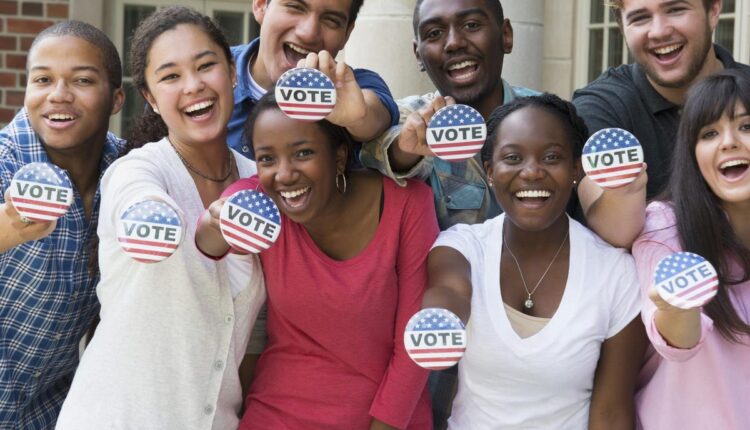 Across the nation, voters age 18-29 voted for Democrats in House of Representative contests by a … [+] margin of 63%-25%, according to one exit poll.

Two days after the 2022 midterm elections, with the balance of power in Congress still undetermined, two things stood out about what has turned out to be one of the most extraordinary elections in recent American history.

First, the oft-forecast red wave, where Republicans anticipated piling up wins that would gain them decisive control of the House of Representatives was a washout. And second, it was a strong turnout of young voters voting for Democrats in key races that helped turn the tide.

According to estimates by Tufts University’s Center for Information and Research on Civic Learning & Engagement (CIRCLE), 27% of young people (ages 18-29) turned out to vote in the 2022 midterm election, making it the second-highest youth turnout rate for a midterm election in the past 30 years, behind only the historic 31% turnout in 2018. Votes cast by young people made up 12% of all votes in this midterm, almost equal to the 13% youth share of the vote in the 2014 and 2018 midterms.

“Young people proved once again that they’ll turn out to vote and impact election results, and their turnout in 2022 is one of the highest we’ve ever seen in a midterm election,” said Kei Kawashima-Ginsberg, Newhouse Director of CIRCLE . “In many states youth overcame changes to election laws that posed direct barriers to participation and a lack of strong and continued investment in youth registration. There’s both a big need and extraordinary potential to continue building on this trend of strong youth voting by stepping up our support for all youth to have a voice in our democracy.”

The youth vote went overwhelmingly for Democrats. For example, across the nation, voters age 18-29 voted for Democrats in House of Representative contests by a margin of 63%-25%, according to the Edison Research National Election Pool exit poll conducted for ABC, CBS, NBC and CNN. By contrast, voters age 45-64 preferred Republicans by a 54%-44% margin, and voters 65 and older went for Republicans by 55% to 43%.

In several Senate battleground races, the trend was the same.

The strength of the youth vote was illustrated in college towns across America. From Ann Arbor, Michigan to Tuscon, Arizona; Champaign, Illinois to Athens, Georgia, college students flocked to the polls, with many standing in line for hours to cast their votes.

They did so because they knew they had a lot at stake. Among Millennials and Gen Z voters, the right to maintain access to abortions, LGBTQ rights, student debt and loan forgiveness, climate change and environmental protection were all key issues along with concerns about inflation. But while the economy was seen by most political pundits as the driving issue in the midterms, in some key states, like Pennsylvania, abortion – pushed front and center by the Supreme Court’s Dobbs decision – emerged as the number one issue for voters.

The midterms add new credibility to claims that young voters have become an electorate force that both political parties must take very seriously, particularly as they ramp up for the 2024 presidential election. According to Mark Gearan, Director of Harvard University’s Institute of Politics, “In the past two election cycles, America’s youngest voters have proven themselves to be a formidable voting bloc with a deep commitment to civic engagement. Our new poll shows a pragmatic idealism as they consider the state of our democracy and the challenges concerning them face in their lives. Elected officials from both parties would benefit from listening to young Americans and as we head into the midterm elections.”

Swim Heads To Carbondale For A3 Performance Invite