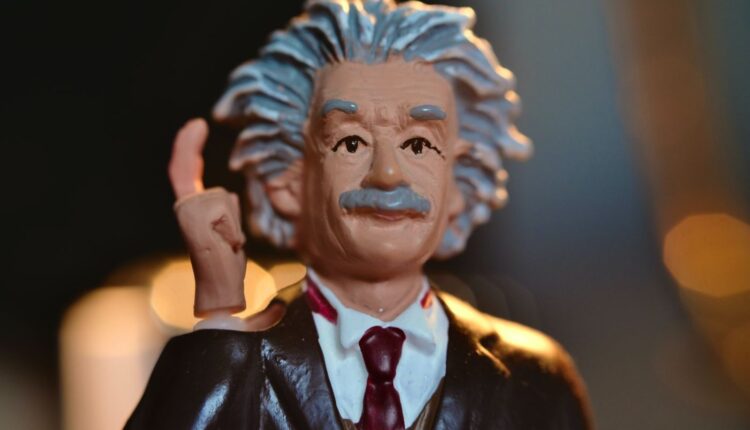 Relativity: the Special and General Theory

Relativity: The Special and General Theory by Albert Einstein is part of HackerNoon’s Book Blog Post series. You can jump to any chapter in this book here.

CHAPTER XXI. IN WHAT RESPECTS ARE THE FOUNDATION OF CLASSICAL MECHANICS AND OF THE SPECIAL THEORY OF RELATIVITY UNSATISFACTORILY?

We have already stated several times that classical mechanics starts out from the following law: Material particles sufficiently far removed from other material particles continue to move uniformly in a straight line or continue in a state of rest. We have also repeatedly emphasized that this fundamental law can only be valid for bodies of reference K which possess certain unique states of motion, and which are in uniform translational motion relative to each other. Relative to other reference-bodies K the law is not valid. Both in classical mechanics and in the special theory of relativity we therefore differentiate between reference-bodies K relative to which the recognized “laws of nature” can be said to hold, and reference-bodies K relative to which these laws do not hold.

But no person whose mode of thought is logical can rest satisfied with this condition of things. He asks: “How does it come that certain reference-bodies (or their states of motion) are given priority over other reference-bodies (or their states of motion)? What is the reason for this preference?” In order to show clearly what I mean by this question, I shall make use of a comparison.

I am standing in front of a gas range. Standing alongside of each other on the range are two pans so much alike that one may be mistaken for the other. Both are half full of water. I notice that steam is being emitted continuously from the one pan, but not from the other. I am surprised at this, even if I have never seen either a gas range or a pan before. But if I now notice a luminous something of bluish color under the first pan but not under the other, I cease to be astonished, even if I have never before seen a gas flame. For I can only say that this bluish something will cause the emission of the steam, or at least possibly it may do so. If, however, I notice the bluish something in neither case, and if I observe that the one continuously emits steam whilst the other does not, then I shall remain astonished and dissatisfied until I have discovered some circumstance to which I can attribute the different behaviour of the two pans.

Analogously, I seek in vain for a real something in classical mechanics (or in the special theory of relativity) to which I can attribute the different behavior of bodies considered with respect to the reference systems K and K.1 Newton saw this objection and attempted to invalidate it, but without success. But E. Mach recognized it most clearly of all, and because of this objection he claimed that mechanics must be placed on a new basis. It can only be got rid of by means of a physics which is conformable to the general principle of relativity, since the equations of such a theory hold for every body of reference, whatever may be its state of motion.

Photo by Andrew George on Unsplash

County clerks fight back amid election disinformation at Bloomington event