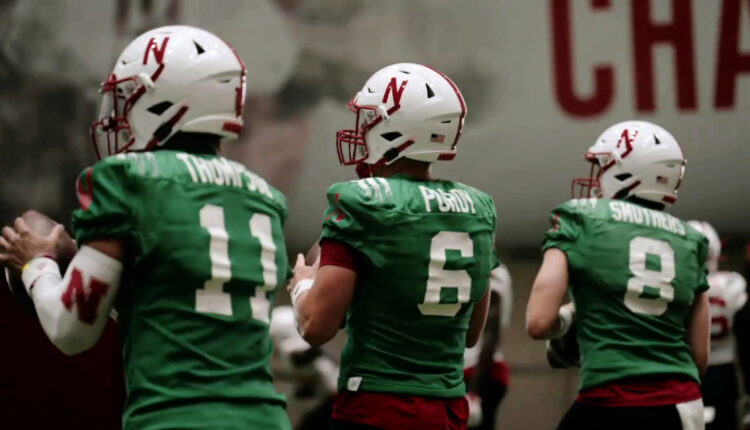 Last week, we looked at the second group of three teams Nebraska will face this fall. Now, we’ll take a look at the third group of three opponents: Purdue, Illinois and Minnesota.

After three consecutive losing seasons, the boilermakers seemed to have found their way last year with a breakout 9-4 record. This may have saved head coach Jeff Brohm’s job. What a good year it was in West Lafayette. Among the Boilermaker wins were Oregon State, Illinois, Iowa, Nebraska, Northwestern, Michigan State, Indiana and Tennessee. Three of their losses were to Notre Dame, Minnesota and Ohio State.

In last year’s game at Nebraska, the Huskers out-yarded the Boilermakers (399-349) but four Adrian Martinez interceptions did the Huskers in. No team can make that many mistakes and expect to win.

This year, the boilermakers’ schedule is a lot less daunting than last year. Absent this season are Ohio State and Michigan. This year’s schedule includes Purdue, Penn State, Minnesota, Maryland, Wisconsin, Nebraska, Iowa, Northwestern and Illinois. Nonconference games against Indiana State, Florida Atlantic and Syracuse round out their 2022 schedule.

Aidan O’Connell looks to be Purdue’s starting QB this fall. In last year’s game at Nebraska, O’Connell was 35-of-45 for 233 yards. The Boilermakers rushed for just 116 yards, but when their opponent (Nebraska) is hell-bent on self-destruction, Pudue didn’t need to run the ball much.

Probably not much. But we should expect another nail biter.

Last year’s Husker-Illini game (the season opener for both teams) was about as ugly as it would get all season long for Nebraska. NU was favored and many thought this might finally be a coming-out year for the Huskers under fourth year head coach, Scott Frost.

But Husker fans would have to endure an almost entire season of meltdowns by their team. In last year’s game with the Huskers, Illinois had an advantage in total offense, 392-326 yards. But what killed the Nebraska was Illinois’ huge advantage in clock time, 34:55 vs 25.05. It’s hard enough to overcome mistakes to win games, but when your opponent has an almost 10-minute advantage over you in time of possession, winning is always going to be difficult.

This is another game in which the Huskers will likely be favored, but not by very much. Both teams will be scratching and clawing for every win they can get. Look for yet another close game.

But this year, Fleck might have an ace up his sleeve. There are five main reasons for optimism this fall in Gopherland: RB Mo Ibrahim, QB Tanner Morgan, WR Chris Autman-Bell, OL Michael Schmitz (2nd Team All Big Ten, 4 year Academic All American). Maybe the biggest reason for optimism for the Gophers is offensive coordinator Kirk Ciarrocca, who returns to MU after one-year stints at both Penn State and West Virginia.

Ibrahim was injured last year in the Ohio State game. But before his season-ending injury, the 5-foot-8 running back rushed for 170 yards in just the first half of that game!

In his previous stint at Minnesota in 2019, coach Ciarrocca helped construct an offense that generated 5,616 yards including 2,323 rushing and 3,293 passing yards. The Gophers averaged 34.1 ppg on offense that year. In 2021 without Ciarrocca as the OC, Minnesota dropped to 23.5 ppg.

Nebraska mistakes and the huge disadvantage in TOP pretty much sealed Nebraska’s fate in that game. This year the Gophers look to be an improved team. And so does Nebraska. Which team will perform better in this game? stay tuned

If Nebraska can take care of business this fall and not find ways to lose games, the Huskers could be sitting after Game 9 with a 6-3 record. To do that, NU would have to beat Northwestern, North Dakota, Georgia Southern, Indiana, Rutgers and Minnesota. As they get into the jaws of the fourth quarter of their season, they have to find a way to also beat at least one of the following teams: Michigan, Wisconsin or Iowa. Winning any one of those games would be a monumental achievement for the Husker football program that has had five consecutive losing seasons. How does Nebraska plan to do that?

In my opinion, the key third-quarter game will be with Minnesota. Win that and the Huskers are bowl eligible. Lose it and, well, it’s going to be very hard to beat any of the last three teams.

Next week, we’ll preview the last quarter of the Husker football season: Michigan, Wisconsin and Iowa.

How ‘Bout Them Huskers
This week grandson Will and I sat down with former Husker defensive back Randy Borg. Randy played for the Huskers from ’71-’73. His Nebraska career included playing for Nebraska during Bob Devaney’s last year and Tom Osborne’s first year as the Husker head coach.

The ’71 team was voted the top college football team of all time (Sporting News and ESPN). That team went on to do something not even the great Husker teams of the ’90s did: they produced two Outland winners (Larry Jacobson in ’71 and Rich Glover in ’72), a Lombardi winner (Glover in ’72), a Heisman winner (Johnny Rodgers in ’72) and a national championship in ’71. Don’t miss this one!