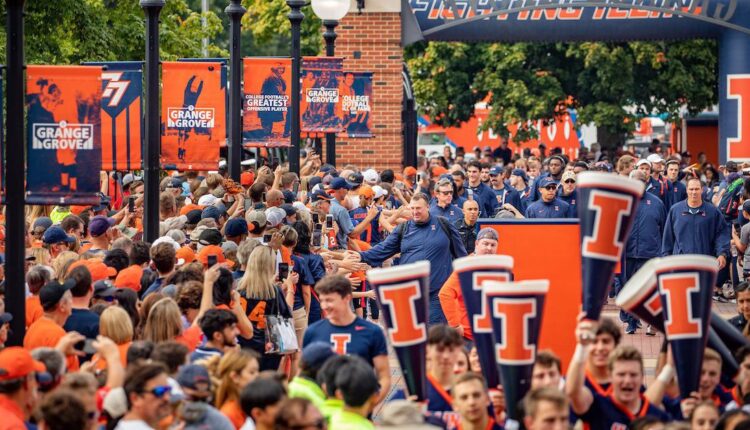 Welcome to “This Week in Illini Athletics,” a weekly review of the past week of Illini sports and a preview of the week to come.

Gently down it goes

This week: It’s a bye-week for the boys as they celebrate their bowl eligibility. They will return to action against Nebraska on the road.

last week: Homecoming week was not so giving to the Women’s Soccer team as it was to Football team.

This week: The Illini have upcoming dates against Wisconsin and Minnesota this week.

last week: The season up to this point, has not what the volleyball team envisioned. With matches against B1G schools they looked to better their record.

This week: Tough road ahead as they go up against #5 Ohio State and #24 Michigan.

last week: The Women’s Golf team hosted their own Invitational this past week, placing 7th overall. Crystal Wang was in her bag once again, as she posted 67’s on the first two rounds and wrapping up with a 68. That was good enough to place 2nd overall in the tournament.

This week: Women’s Golf is heading to the “Ally.” They will be facing off against other competing schools down at Mississippi State.

This week: After a week off, the Men’s golf team returns to action at the University of Dayton and will also start the Isleworth Collegiate down at UCF on Sunday.

This week: After a week off, some select few will compete in Ann Arbor at the ITA Midwest Regionals.

This week: Men’s Tennis will also be attending the ITA Midwest Regionals, only difference is that the Men’s will be hosted here in Champaign.

This week: The Illini Open will be this week, as both cross country teams plan to be hosting.

This week: The Swimmers will have the week off before returning to the pools at Northwestern.