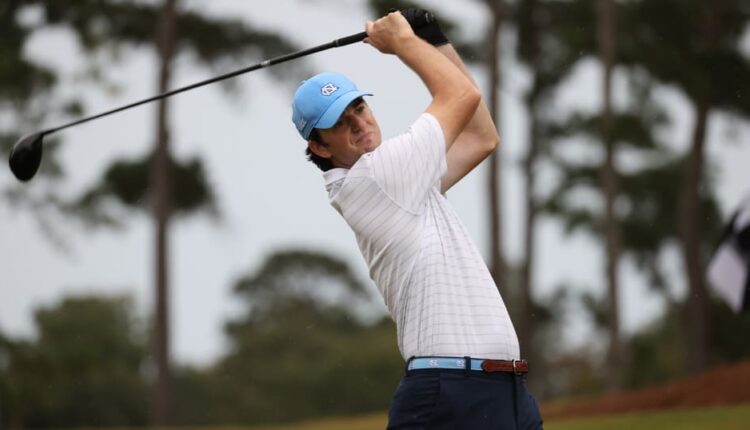 PONTE VEDRA BEACH, Fla. – North Carolina’s three seniors won matches and led the Tar Heels to their second straight team title last week, and those three players are in the top-20 of this week’s PGA TOUR University Velocity Global Ranking. Austin Greaser and Dylan Menante hold steady at Nos. 2 and 9, respectively, and Ryan Burnett joins the top-20 for the first time after finishing T6 in stroke play at the Jackson T. Stephens Cup.

All five Tar Heels finished in the top-10 at Seminole Golf Club, and the team finished 20 strokes ahead of Florida State in stroke play before winning the match play finals, 3-2. North Carolina is the only team with three top-20 players this week, and they will close their fall schedule this weekend with their home event, The Williams Cup at Eagle Point in Wilmington, North Carolina.

The biggest move of the week was made by Tennessee’s Bryce Lewis, who won the Purdue Fall Invitational and improved 19 spots to No. 26. Arkansas’ Julian Perico finished T4 at the Jackson T. Stephens Cup, his second straight top-10, and improved 13 spots to No. 52, and Mercer’s Tobias Jonsson improved 8 spots to No. 49 after winning The Carolina Cup.

The top 10 players in the final Velocity Global Ranking will earn Korn Ferry Tour membership next season, with Nos. 1-5 being exempt members and nos. 6-10 being conditional members. Additionally, players finishing 6th through 20th will be exempt members on PGA TOUR Canada and PGA TOUR Latinoamérica.