> US Department of Defense > Contract 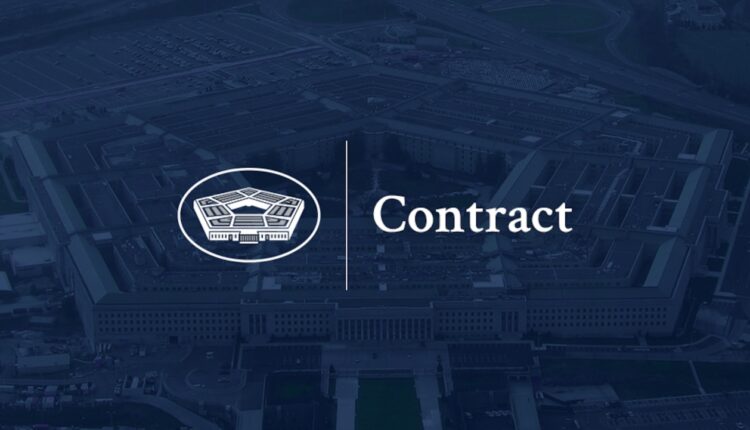 Caterpillar Inc., Peoria, Illinois, has been awarded a maximum $1,284,062,023 fixed-price with economic-price-adjustment, indefinite-delivery requirements type contract for construction equipment. This was a competitive acquisition with three responses received. This is a five-year contract with no option periods. Other contracts are expected to be awarded under this solicitation (SPE8EC-21-R-0004) and awardees will compete for a portion of the maximum dollar value. The ordering period end date is Oct. 27, 2027. Using military services are Army, Navy, Air Force and Marine Corps. Type of appropriation is fiscal 2023 through 2028 defense working capital funds. The contracting activity is the Defense Logistics Agency Troop Support, Philadelphia, Pennsylvania (SPE8EC-23-D-0002).

WMEM JV LLC,* Tamuning, Guam, is awarded a maximum-value $20,000,000 firm-fixed-price, indefinite-delivery/indefinite-quantity contract for mechanical, electrical, and fire protection architect-engineer services for projects located primarily within the Naval Facilities Engineering Systems Command Mariana’s area of ​​responsibility. Work will be performed at various locations on Guam and is expected to be completed by November 2027. Fiscal 2023 operation and maintenance (Navy) funds in the amount of $335,754 will be obligated at time of award and will expire at the end of the current fiscal year. This contract was competitively procured via the System for Award Management website, with two offers received. The Naval Facilities Engineering Systems Command Marianas, Guam, is the contracting activity (N40192-23-D-0001).

Archer Western Federal JV, Chicago, Illinois (N69450-19-D-0907); BL Harbert International, Birmingham, Alabama (N69450-19-D-0908); The Haskell Co., Jacksonville, Fla. (N69450-19-D-0909); The Korte Co., St.Louis, Missouri (N69450-19-D-0910); and Mortenson Construction, Minneapolis, Minnesota (N69450-19-D-0911), are awarded a combined-maximum-value $15,000,000 firm-fixed-price modification to increase the capacity of their previously awarded contracts. The work to be performed provides for, but is not limited to, general building type projects located primarily within the Naval Facilities Engineering Systems Command Southeast area of ​​responsibility. After award of this modification, the total cumulative value for all five contracts combined to $340,000,000. Work will be performed within Florida (15%), Georgia (15%), Louisiana (14%), Mississippi (14%), South Carolina (14%), Tennessee (14%), and Texas (14%), and is expected to be completed by February 2024. No funds will be obligated at time of award. The Naval Facilities Engineering Systems Command Southeast, Jacksonville, Florida, is the contracting activity.

General Electric Co., Niskayuna, New York, is awarded a $12,832,460 cost-type contract modification to previously awarded contract N66001-21-C-4014 for research and development services. These services are aimed at developing a mobile automated manufacturing platform to provide just-in-time manufacturing of nucleic acid countermeasures to rapidly produce, formula, and package doses of nucleic acid therapeutics and prophylactics. Work will be performed in Niskayuna, New York; Le Kremlin-Bicêtre, France; New Milford, Connecticut; Cambridge, Massachusetts; and Seattle, Washington. Work is expected to be completed by February 2026. Funds in the amount of $683,690 will be obligated upon award of the contract modification. Contract funds will expire at the end of the current fiscal year. Fiscal 2022-2023 research, development, test and evaluation funds will be obligated using funding from the Defense Advanced Research Projects Agency. The Naval Information Warfare Center Pacific, San Diego, California, is the contracting activity.

Huntington Ingalls Inc. – Newport News Shipbuilding, Newport News, Virginia, is awarded an $8,467,608 cost-plus-fixed-fee modification to previously awarded contract N00024-22-C-2105 to exercise options for planning and design yard activities for Standard Navy Valves installed in commissioned nuclear-powered submarines, submersibles, and aircraft carriers. Work will be performed in Newport News, Virginia. Fiscal 2023 operation and maintenance (Navy) funds in the amount of $1,500,000 will be obligated at time of award, which will expire at the end of the current fiscal year. The Naval Sea Systems Command, Washington, DC, is the contracting activity (N00024-22-C-2105).

Veteran politician and incumbent vying for Winnebago County Board seat