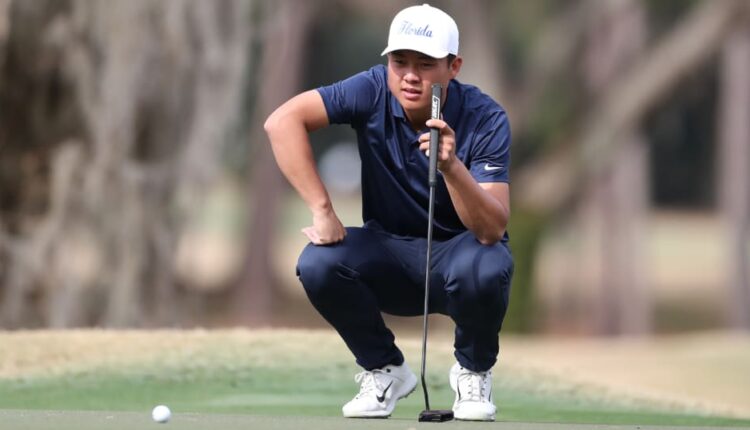 PONTE VEDRA BEACH, Florida – Following a T5 finish at the Isleworth Collegiate, Florida’s Yuxin Lin improved five spots to a season-best No. 17 in this week’s PGA TOUR University Velocity Global Ranking. A two-time winner of the Asia-Pacific Amateur (2017, 2019), Lin joins the top-20 with teammate Fred Biondi, who finished T11 and maintained his position at No. 3.

Each of the top 15 players stayed the same, with Texas Tech’s Ludvig Aberg holding the No. 1 spot for the eighth straight week. North Carolina’s Austin Greaser, Biondi, Texas A&M’s Sam Bennett and Illinois’ Adrien Dumont De Chassart round out the top five. The biggest move of the week was made by Auburn’s Alexander Vogelsong, who improved 12 spots to No. 53 after finishing T5 at Isleworth.

The last Velocity Global Ranking update of the fall season will be November 23, and at that time the No. 1 player will earn an exemption into the DP World Tour’s Dubai Desert Classic (January 26-29, 2023).

The top 10 players in the final Velocity Global Ranking will earn Korn Ferry Tour membership next season, with Nos. 1-5 being exempt members and nos. 6-10 being conditional members. Additionally, players finishing 6th through 20th will be exempt members on PGA TOUR Canada and PGA TOUR Latinoamérica.

> US Department of Defense > Contract