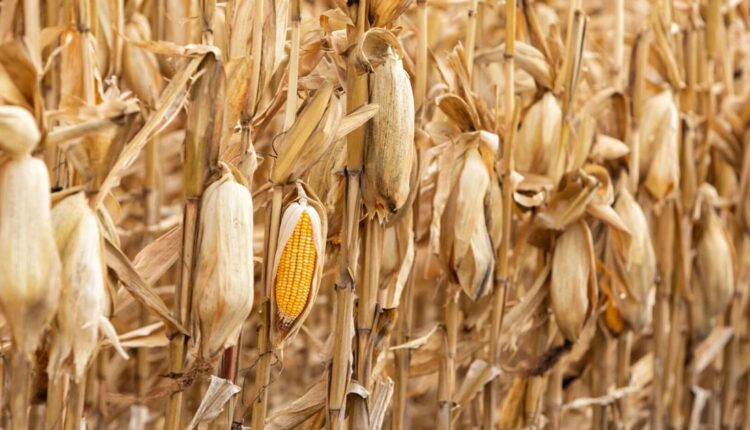 The US Environmental Protection Agency in June unveiled new concentration limits on atrazine to stop runoff from harming aquatic plants and animals. The herbicide is used primarily on corn, grain sorghum and sugar cane fields.

“Atrazine is one of the most cost-effective herbicides for farmers, used especially in corn, literally for decades,” said Aaron Hager, University of Illinois associate professor of crop sciences. “We’re trying to manage these pests that basically have the same requirements and same resource needs as what the crop does. If we allow these unwanted plants to go and utilize these resources, then that begins to adversely affect the yield potential of that crop.

“We need more tools to be able to do this, not fewer.”

If adopted, the new regulations would lower the current concentration equivalent level of concern (CE-LOC) to 3.4 parts per billion (PPB), far below the 15 ppb CE-LOC set by EPA in 2020 through an interim decision. Farmers would also be prohibited from using the herbicide in saturated fields and limited application rates of 2 pounds per acre for sorghum, sweet corn, and field corn.

Arial application of the chemical would be prohibited when it is raining, or if a storm that could produce nutrient runoff from the treated field is “forecasted to occur within 48 hours after application.”

Field corn, sweet corn and sorghum growers in watersheds containing atrazine levels above 3.4 ppb — which the EPA estimates applies to 18% of all US watersheds — are required to choose from a “picklist” of conservation practices to alleviate runoff. The number and type of practices varies depending on crop type and could include use of cover crops, contour buffer strips, terrace farming or field borders.

“For farmers who are already using some of these practices as part of NRCS contracts, how do we ensure that those practices align well with the label,” Lancaster questioned. “How do we ensure that our state departments of agriculture have the resources to enforce these (regulations), and the farmers and applicators that are already keeping good records have no additional requirements?”

EPA began re-evaluating the herbicide after the Ninth Circuit Court of Appeals in 2021 granted the agency a partial remand, which followed a petition filed in 2020 by environmental groups over the 15 ppb CE-LOC.

“We’ve done a lot of work with our scientific community here in Illinois, and really outside of Illinois, in order to fully understand what is really a complicated proposal,” said Lauren Lurkins, IFB environmental policy director. “In our view, the most complicated issues land in the laps of applicators and the farmers who are going to have to look at this label if it is made final. For us, we just want to draw attention to the issue and hopefully change it to something that’s more manageable out in the countryside.”

Weed scientists argue that atrazine is one of the most well-researched chemical ingredients and is used in thousands of herbicide mixes. Researchers have raised concerns that the data set EPA used to draft the new CE-LOC limit came from a larger study that wasn’t as rigorously vetted. Some have also raised concerns that lowering the current CE-LOC level could ultimately affect crop yields, weed control, and jeopardize soil conservation practices like no-till and cover crops.

“It’s my understanding that the 15-ppb number was based on what was believed to be the most accurate and well conducted data that was available,” Lancaster said. “I think it’s important for folks to remember that science is a bit of a moving target and that not all science is created equal, and we should really be using the best data to ensure that we have the best outcomes for our farmers.”

Lancaster added that more than 95% of the experimental treatments she and her peers use for corn and grain sorghum include atrazine in some form. Chemical application treatments included both before and after corn sprouted out of the ground.

This story was distributed through a cooperative project between the Illinois Farm Bureau and the Illinois Press Association. For more food and farming news, visit FarmWeekNow.com.

‘Our youngest children are definitely in need’