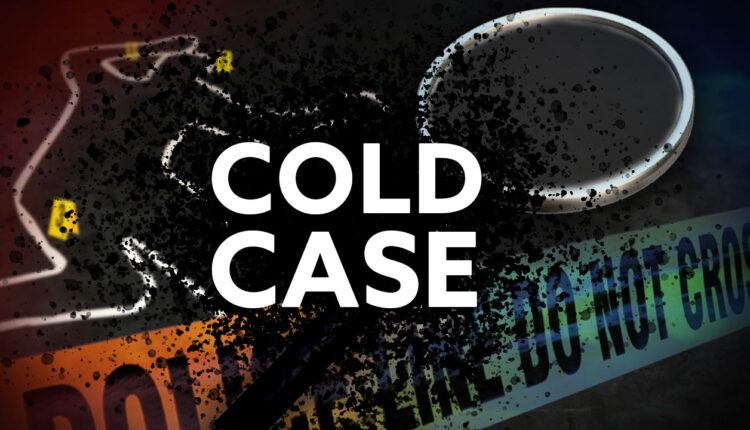 ROCKFORD, Ill. (WTVO) — When a 43-year-old man was arrested for kidnapping a woman from Colonial Village Mall in 1966, police believed they had the man who also killed a downtown business owner a few weeks earlier.

Witnesses told police Sanford Harris was the man they saw near the Latham Road home of 46-year-old Lauretta Lyons on the day she was found strangled to death. Investigators also linked a car spotted in the Lyons driveway to a maroon 1957 Ford Galaxy he owned.

Harris was already accused of forcing Colonial Village shopper Charlene O’Brien into her car, brutally beating her, then leaving her for dead off Perryville Road.

When police looked into his past, they learned that in 1941, Harris killed a woman in Michigan and received a life sentence, but was paroled in the early ’60s.

That’s when they started connecting the dots to what happened on June 9, 1966, the drizzly day Lauretta Lyons was scheduled to have lunch with her husband, Edwin, but never showed up.

At around 7:30 am, Edwin left for his job as a chemist at Rockford Drop Forge. Lauretta was going to walk their three poodles before she headed to the pet store they owned on Mulberry Street called The Lyon’s Den. It was there the couple was going to have lunch. But, Lauretta wasn’t there when Edwin arrived a little after noon.

Concerned, Edwin returned home and found his wife face-down on the floor, lifeless, with one of his neck ties wrapped around her neck. One of their poodles, still wet from their walk, was curled up next to her. Lauretta was later pronounced dead at Rockford Memorial Hospital.

The doors were locked when Edwin came home. Nothing was stolen although several other neck ties were found near Lauretta, including one in her hand. Things had been knocked over and a shade had been ripped from a window, suggesting she fought her attacker before he overpowered her.

Turning their attention to Sanford Harris, police suspected that he cased the neighborhood earlier that morning and was already in the house when Lauretta came back from walking the dogs. There was one problem. The theory lacked evidence, and Harris was never charged.

He died in 1992 at the Illinois River Correctional center in Canton.

“This one sticks with me because Lauretta lived out of town a little and probably felt pretty safe in her own home,” said author Kathi Kresol, who investigated the Lyons case for a number of projects. “And the fact that she fought so hard with her attacker.”

Edwin Lyons was also questioned and was later cleared. After Lauretta was killed, he remarried and moved to Dubuque, Iowa. He died in 1999.

The death of Lauretta Lyons is still in the Winnebago County Sheriff’s Office cold case database. Anyone with information is asked to contact the sheriff at 815-319-6400 or leave an anonymous tip with Crime Stoppers at 815-963-7867.