Why I Won’t Raise My Son in Illinois 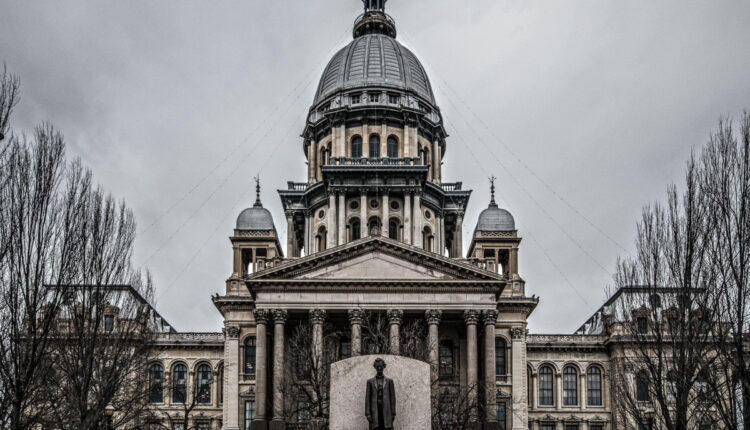 “More house?” My son emphasizes the aspirated “H” as he climbs into our blue minivan. I pause and turn to look at him.

“More … house.” This time he says it even more slowly, with a long drawn out “‘hah” before getting to “ouse.” He’s eager to get the car moving and continue touring properties for sale in the Land of 10,000 Lakes.

“Good job saying ‘house,’ Nico,” my daughter chimes in from the neighboring seat. I’m relieved. We’re not going to buy a house today, but I’m glad to see everyone is having a good time as our realtor leads us on a tour through some of our Minneapolis options. We are moving from Chicago to the Twin Cities in just eight weeks. Moreover, we’re doing it, at least in part, in hopes of ensuring a better future for our son.

When it comes to life with disabilities, state administrations matter. Sure, federal laws ensure basic civil rights, federal programs mandates (sometimes, but not always, with funds attached) all kinds of services, but states and their third-party partners (think non-profits) tend to administer everything. When a state collapses, it takes the disability services down with it. As Politico recently wrote: Illinois is a failed state.

Eventually, my son is going to need a state that functions. Illinois doesn’t. Minnesota, at least for now, is fine.

The move to Minnesota isn’t happening on a whim. My wife is from St Paul. I went to graduate school at the University of Minnesota. I’ve accepted a job as undergraduate advisor to the history department there. I’m passionate about improving academic systems and eager for these new challenges. But change is hard, as is leaving the people here that we love and selling a house we could have stayed in forever. I’m not sure I would have started looking for a new job if it wasn’t for one simple truth: Eventually, my son is going to need a state that functions. Illinois doesn’t. Minnesota, at least for now, is doing fine.

In part, it’s about the money. Thanks to the feud between billionaire governor Bruce Rauner and the Democratic-controlled legislature, Illinois hasn’t passed a budget in two years. As reported by Politico, the state is running at least a $6 billion annual deficit, with over $14 billion in unpaid bills and over $130 billion in pension liabilities. Some sources claim that Illinois’ total debts are over $200 billion. Minnesota, meanwhile, is struggling through a bitter partisan fight over what to do with its $1.65 billion-and-rising budget surplus. From the Chicago perspective, that sounds like a pretty good problem to have.

But it’s not just about the money. Illinois seems to spend too many of the dollars it has on institutional living, which isolate disabled individuals in large segregated settings, and definitely run counter to our long-term goals for our son’s inclusion. According to “The State of the States in Developmental Disabilities,” administered by the University of Colorado, Minnesota spends $6.95 per $1,000 of personal income on intellectual/developmental disability services. Illinois spends $2.72 per $1,000. (That’s the more money part.) But Minnesota also spends 98 percent of its funding on housing on six-person (or fewer) homes in communities, where Illinois spends just 58.1 percent. Illinois, in other words, is still too invested in big institutions.

Other surveys support the conclusion that Illinois spends far too many of its meager resources on segregation. United Cerebral Palsy put together an annual report, “The Case for Inclusion,” looking state by state for where people with disabilities are most included in the community. In the latest, Minnesota slipped from 7th to 12th, thanks in large part to a waiting list “that would require the program to grow by 20 percent on average to accommodate the need.” That’s hardly optimal (Michigan, for example, has no waiting list). Illinois, on the other hand, ranks 47th, thanks to its “seven large state facilities housing 1761 Americans.” It costs $155,855 per person per year. Meanwhile, UCP notes that, to erase its waiting, Illinois would need to grow its programs by 101 percent. 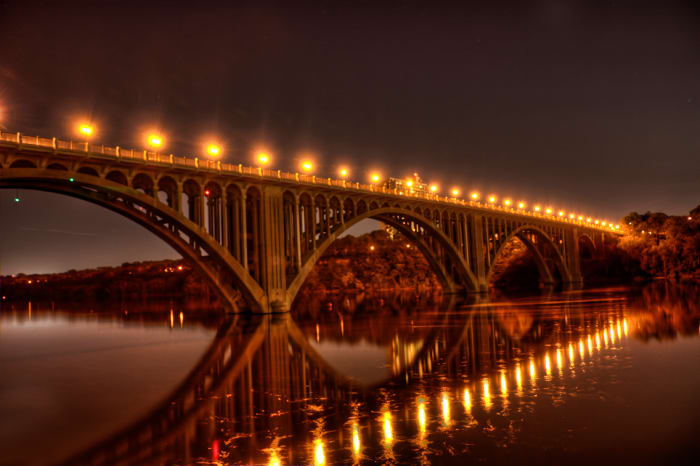 The Highland Park Bridge between Minneapolis and St. Paul, Minnesota.

It shouldn’t be this way. Ten years ago, when we moved to Illinois, things seemed to be moving in a better direction, before momentum ground to a halt. Over video chat, I spoke with Amber Smock, director of advocacy at Access Living, where she’s been working since 2005. Smock is justly proud of the many advances that Illinois has made, but she doesn’t minimize the obstacles erected by entrenched bureaucracies and the state’s self-imposed financial crises. “We’re floundering. It has to do with bureaucracy. In order to shift the bureaucracy from doing one thing to doing another … it’s not just about money.” Smock explains to me that too many people have state jobs dedicated to funding, filling, staffing, and maintaining institutions and large group homes. Big institutions also fuel small-town economies, making closing them politically hazardous. Getting to a fully integrated home- or community-based system would take years, and that’s assuming the state government is running smoothly.

Illinois is not running smoothly. As Illinois Public Radio’s Tony Arnold recently reported, social services in the state haven’t been paid since January. Even the lottery has flown Illinois. At the end of June, the state faced an absolute deadline to get a budget done or be plunged into junk bond status. The state missed the deadline, then passed a spending plan a few days later, which the governor promptly vetoed. As of the time this piece was filed, there was optimism that the veto would be overridden, but no guarantees.

Minnesota isn’t perfect. No state is. A recent Star-Tribune series looked at various problems faced by disabled Minnesotans, including a lack of meaningful work and suboptimal housing. I’m ready to join the fight there, but to join the fight in a state without a powerful pro-institution lobby and with a lot more fiscal flexibility. I hope to report on both problems and improvements as a journalist in the Twin Cities. There’s always potential to improve, but I think the headwinds will be much less fierce.

We’re spending our days learning that our son has a surprising affinity for real estate websites. My wife recently caught my daughter, who is eight, watching IKEA hack videos. I think our move is going to go well. In the meantime, though, I’m worried about the people who can’t leave Illinois. The combination of entrenched bureaucracy, deep financial mismanagement, and toxic political culture has thrown whatever progress the state was making into reverse. In related news, the 2018 gubernatorial election is already in full swing, with politics as usual making dealmaking impossible. I’m outta here.