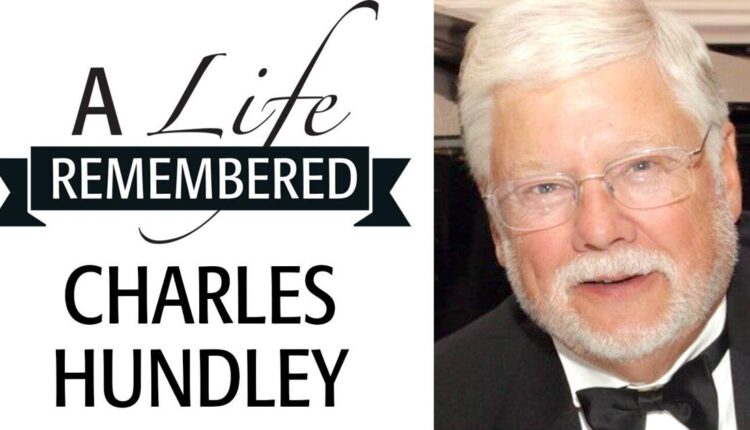 URBANA — On a beautiful, sunny day in July 1998, a crowd assembled just off Gregory Street around a group of men with hard hats and shovels.

They were about to break ground for what would become the Spurlock Museum, the new location for the University of Illinois’ collection of world artifacts and historical items (then known as the World Heritage Museum). Anna Merritt, the president of its board of directors, was hanging around the back of the crowd.

Charles Hundley, a longtime trustee and beneficiary of the museum, was one of the men in hard hats up front. He didn’t want the work of Merritt, an advocate for the historic materials since they were stored in the fourth-floor attic of Lincoln Hall, to go unrecognized.

“He stopped the entire proceedings and said, ‘I think the president of the board of this organization should be here,'” Merritt recalled.

Merritt made her way up to the front of the crowd, took a shovel and posed for the photo op. She’s never forgotten the gesture.

“That was a measure of that man,” Merritt said. “He wouldn’t have anything to do with this nonsense of ‘She’s just a woman.’ He didn’t make a big show; he waited for me, and it was done.”

Mr Hundley passed away this month at the age of 80. He’s remembered as a generous, thoughtful businessman, a Champaign native with undying commitments to Spurlock and the university at large who worked his magic without seeking the limelight.

Born at Mercy Hospital in Urbana, Mr. Hundley grew up in the Champaign and Decatur school systems, graduating from MacArthur High in 1960.

Years after earning his business degree from Southern Illinois University-Carbondale, he returned to CU, working as the UI’s chief benefits coordinator in 1974. In 1980, he began his tenure as chief investment officer for the State Universities Retirement System.

As his business life continued with Metropolitan Life and Northern Trust in Chicago, his wife, Barbara, solidified her 30-year career with the university, until her retirement as the Alumni Association’s associate chancellor and vice president in 2007.

All the while, the pair has served on innumerable boards and donated prolifically to UI operations — especially toward the Spurlock. Over the years, Mr. Hundley served as treasurer, board president and vice president for the museum.

Last week, his casket was brought inside the museum for a ceremony before he was laid to rest. For museum director Elizabeth Sutton, obtaining the permissions for the service was well worth it.

“It’s never been in our thoughts that we would have a memorial for someone here; it hasn’t been in our wheelhouse,” she said. “But in this instance, it made perfect sense. I’ve never had a doubt that Spurlock was where (Mr. Hundley’s) heart was.”

When Sutton interviewed for the position five years ago, Barbara and Charles drove down from Naperville to listen to her presentation. The couple got into a car crash on Lincoln Avenue but still managed to show up.

“It was that important to them that they come,” Sutton said. “Anytime I’ve needed something, inevitably, they’ve known somebody to help solve it.”

The Hundleys worked in tandem and put money where their mouths were. The museum’s Hundley Central Core Gallery is named for them. Half of a $2 million donation they made in 2007, while the UI and museum were going through financial turmoil, went toward an endowment to fund the museum’s executive directorship.

Wayne Pitard, an emeritus professor who directed the Spurlock for nine years, knows the museum attracts plenty of dedicated supporters.

“I have to say, I don’t think anyone loved the Spurlock more than Charles Hundley,” Pitard said. “He loved the collections and the setup of the museum, the way it could introduce people to the similarities of all humankind and the nature of various cultures around the world.”

His and Barbara’s combined connections went far, as Mr. Hundley continued to cheerlead for the museum and its mission, bringing funds from high places, guests and employees its way, Pitard said.

“He always had good relationships with everybody on campus,” said Robin Fossum, former major gifts officer for the UI Foundation and a longtime trustee for the Spurlock. “He looked at everybody so equally, you don’t always get that from a high-powered businessman.”

Turns out, his business acumen was present from a young age. His parents both worked at the Champaign-Urbana Courier newspaper, where Charles became a paperboy.

“Because of his entrepreneurship, he hired others to do the paper delivery and took the money,” Barbara Hundley said. Even at grade-school age, “he was the world’s best salesman.”

Some of Mr. Hundley’s financial advice for Merritt — made back when he was benefits coordinator — is still paying dividends.

“Charles Hundley told me about something called an IRA, which very few people had heard of in those days,” she said. “It’s because of that IRA that I now live at ClarkLindsey, no question in my mind.”

“Charles was a wonderful human being. he was thoughtful; he was incredibly courageous,” Easter said. “He had health issues that most people would’ve complained about and worried about; until the end, I never saw that in Charles.”

Thursday morning, it was standing room only at the Spurlock during Mr. Hundley’s memorial service. Friends and family, including his goddaughters, offered tributes.

“It was beautiful,” Barbara said. “It was a celebration of his life.”

FAA To Award $1 Bln To Improve Airport Terminals Across US