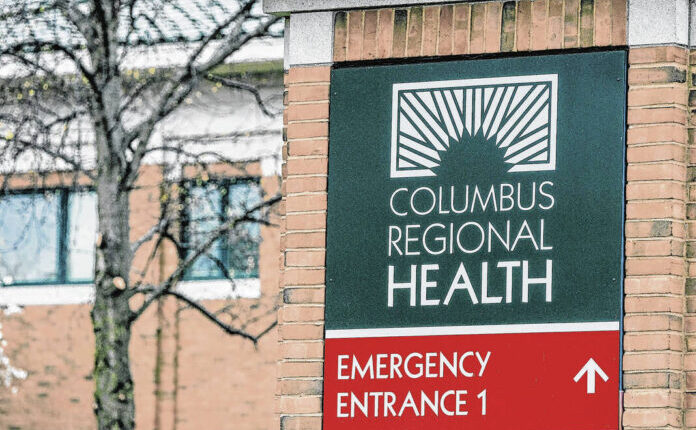 Columbus Regional Health is working to clarify parts of Indiana’s near-total abortion ban as the hospital system continues preparations for new rules that are expected to take effect in less than two weeks.

Over the past month, CRH has convened a group of officials that includes its executive leadership, physicians and legal counsel to evaluate the extent to which the new law impacts the hospital system, review scenarios doctors may face and determine what officials need to do to remain in compliance.

Currently, CRH only performs procedures to terminate pregnancies when the life or health of the mother is at risk, officials said. Patients seeking to end their pregnancies for non-medical reasons generally are referred elsewhere.

While the new law won’t impact the range of procedures that CRH offers or under what circumstances doctors would perform them, some parts of the law are not entirely clear to hospital officials, including a provision that attending physicians certify in writing the reason why a pregnancy is being terminated — including during a medical emergency — before the doctor performs the procedure.

“The care that’s always been provided here at Columbus Regional Health in this regard, all that care is still available to our patients,” Dr. Tom Sonderman, CRH’s chief medical officer, said. “It does not represent a change in the care that we deliver to the women of our area who require obstetrical care.”

However, “documenting the reasons (for terminating a pregnancy) clearly and some other documentation requirements, those are some of the things that we’re trying to seek clarification on,” Sonderman said.

CRH plans to put a system in place that “everybody understands and is able to follow easily” to speed up any paperwork doctors are required to do before terminating a pregnancy while preventing providers from being exposed to potential criminal violations, officials said.

“When we completely understand these requirements under the law, we would want to roll out a systematic approach to make this as smooth and rapid (as possible) and remove as much burden for all people involved to make sure that we are delivering the very best care that we can to our patients, but also remain in compliance with this law,” Sonderman said.

Preparing for a new law

The preparations at CRH and hospitals across the state comes about a month after Indiana became the first state to approve abortion restrictions since the US Supreme Court overturned its landmark 1973 Roe v. Wade ruling, which essentially legalized abortion nationwide, The Associated Press reported.

The ban, which takes effect Sept. 15, makes it a Level 5 felony to perform an abortion except in certain situations. Abortions would be permitted in cases of rape and incest before 10 weeks post-fertilization, to protect the life and physical health of the mother and if a fetus is diagnosed with a lethal anomaly.

Under the law, abortions can be performed only in hospitals or outpatient centers owned by hospitals, meaning all abortion clinics would lose their licenses. A doctor who performs an illegal abortion or fails to file required reports may also lose their medical license.

Level 5 felonies in Indiana can carry a penalty of one to six years in prison and fines of up to $10,000.

State legislators representing parts of Bartholomew County — Rep. Ryan Lauer, R-Columbus, and Sen. Greg Walker, R-Columbus — voted in favor of the ban and were supportive of more restrictive measures that were ultimately not included in the law.

Lauer wanted to force women and girls who become pregnant due to rape or incest to carry their pregnancies to term. Walker voted in favor of a version of the law that would have required rape and incest victims to sign a notarized affidavit attesting to the attack.

Planned Parenthood and others filed a lawsuit this past week in Monroe Circuit Court seeking, among other things, an injunction to block the law, arguing that the ban violates right to privacy and equal privileges protections in the Indiana Constitution.

As of Friday, no injunction had been issued, and the lawsuit was still pending in Monroe Circuit Court.

The ban, should it survive the legal challenge, is poised to dramatically reshape the landscape of female reproductive health care in Bartholomew County and the rest of the state.

A total of 834 abortions have been performed on Bartholomew County residents over roughly the past decade, state records show. That is roughly the equivalent of 1 in 50 females in the county, according to population estimates from the US Census Bureau.

In the meantime, attorneys in Indiana have raised concerns about some of the implications that the ban — including what they describe as vague language — could have on healthcare providers and patients.

Currently, there is no legal precedent that establishes, in the context of Indiana’s abortion ban, what constitutes several criteria listed in law’s exemptions, including “reasonable medical judgment,” “serious health risk to the pregnant woman” or “substantial and irreversible physical impairment of a major bodily function,” according to an analysis by Indianapolis law firm Quarles & Brady LLP provided to The Republic by healthcare attorney Kaytie Ravega.

Where courts draw the line on what these provisions mean would get ironed out in subsequent court challenges after the law takes effect, the law firm said. However, the legal standard will likely hinge upon the doctor’s medical judgment, though physicians “should be prepared to defend” their determinations, possibly in court.

“The general challenge in Indiana, like in many other states, is the vagueness of the law combined with the serious consequences for even unintentional errors,” according to Ravega. “In the emergency situations, for example, physicians will have to make fast decisions concerning medical necessity, remembering to document that in advance even though minutes might mean the death of their patient, while facing patients in crisis and families concerned about losing their female members , but which may ultimately also result in the physician’s arrest for providing the patient with care.”

Though the law includes an exemption for when the life or health of the mother is at risk, it does not specify how close to death the patient has to be before a doctor can legally intervene and end the pregnancy.

The law states that doctors can perform an abortion “to prevent any serious health risk to the pregnant woman,” suggesting that “there is an argument that if a physician determines that a condition of a pregnancy will likely kill the mother at some point during the pregnancy, the physician may perform the abortion immediately to prevent the woman’s death, without having to wait until she is actually in a medical emergency on the threshold of death,” according to Quarles & Brady LLP.

“This has not been tested in a court, however,” the law firm said.

CRH is “exploring” what documentation is required under the law and has been consulting with its legal counsel with the Indiana Hospital Association as a “go-between.”

Indiana Hospital Association President Brian Tabor told The Republic in a statement, “As we implement this new framework, Indiana hospitals remain committed to ensuring our patients have timely access to lifesaving treatment and that our trusted medical professionals have both clear guidance and clinical discretion to provide the best care to Hoosier moms and babies.”

Another uncertainty about the new law involves where local rape and incest victims who qualify for exemptions to the ban can go to end their pregnancies, officials said.

CRH officials, for their part, said they are “exploring and researching whether these patients would need to be referred to academic medical centers that can provide this service.”

In the past, CRH would often refer those patients to Planned Parenthood or other abortion providers as long as the mother’s life or health was not at risk.

However, Planned Parenthood will lose its license to provide abortions once Indiana’s ban takes effect because it is not a hospital or owned by one, which are requirements for performing abortions under the new law.

State records show that just six hospitals in Indiana performed abortions in Indiana last year, accounting for less than 2% of all abortions in the state. Five of those hospitals were in Marion County and the other one was in northern Indiana.

Planned Parenthood representatives said the organization is prepared to “help guide patients” to seek abortions in other states if needed.

“We’ve known this moment was coming, and we’ve invested in our patient navigator team so that we can stay close and help guide patients through the process of getting care out of state, connecting with abortion funds and providing follow up care in Indiana,” said Nicole Erwin, spokeswoman for Planned Parenthood Great Northwest, Hawai’i, Alaska, Indiana and Kentucky.

In other words, rape and incest victims in Bartholomew County may have to travel out of county — or potentially out of state in some instances — to end their pregnancies.

After the ban takes effect, the closest out-of-state abortion provider to Bartholomew County will be in Champaign, Illinois, about a 167-mile drive from Columbus.

Democrat-controlled Illinois is unlikely to restrict access to abortions any time soon and allows minors to get abortions without obtaining consent from their parents or guardians or notifying them.

“Reducing the number of locations in the state where patients can access care in a life-threatening emergency — one of the few exceptions provided under this outright ban — will force patients to travel farther distances and potentially wait longer to get the care they need, ” Erwin said. “These delays in care are particularly concerning given the gestational limits this bill imposes, such as the 10-week postfertilization ban for survivors of rape and incest.”

It is also unclear what documentation or evidence health care providers in Indiana will request from rape and incest victims before performing an abortion.

Indiana’s law requires doctor to certify the reason for the abortion, even in cases of rape or incest, and include “all facts and reasons supporting the certification shall be set forth forth by the physician in writing and attached to the certificate.”

However, the new law does not specify what materials would constitute “the facts and reasons supporting the certification.”

CRH officials are anticipating that some local residents will seek abortions out of state.

“We anticipate that some patients seeking pregnancy termination that don’t meet the criteria allowed for in (the abortion ban) may seek care in nearby states that have not limited access to reproductive health care,” said Dr. Rachel Reed of OB/GYN Associates of Columbus.

And as Sept. 15 approaches, CRH says it is working to support patients and medical providers, as well as focusing on medical care and delivery practices, as the state transitions to the new rules.

But the stakes may be high for doctors, according to attorneys at Quarles & Brady LLP.

“Even if physicians made the correct medical necessity determination in such a heated moment and can prevail in a court of law that the healthcare was compliant, the process of proving that is extremely burdensome and may consume years — it has them at risk of arrest, detention, bail and irreparable damage to their practice as a physician, regardless of the correctness of their decision,” the law firm said.