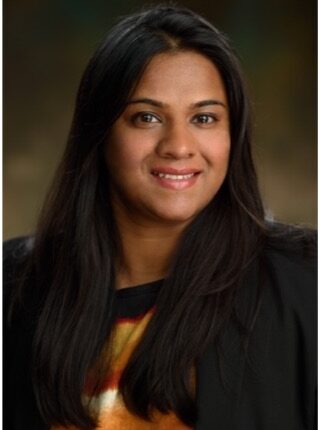 The Arkansas Integrative Metabolic Research Center will host Dr. Swathi Balaji, assistant professor of surgery at the Baylor College of Medicine, at 11 am Wednesday, Nov. 2, in ENGR 209. During this seminar, Balaji will discuss whether variations in fibroblast energy metabolism in response to post-injury biomechanical changes explain why humans scar differently. Her lab focuses on developing engineered strategies to regulate metabolism and attenuate dermal scarring.

Dermal responses to injury can result in severe scar formation, which is a significant cause of morbidity and psychosocial distress. Interestingly, humans respond to identical injuries with different degrees of scar formation that range from low to high scarring outcomes, resulting in a spectrum of scarring that can provide a unique biological model to investigate what drives scar formation in skin and other organs. Biomechanical forces in the wound are known mediators of scar formation, in which tension is communicated to fibroblasts via mechanotransduction signaling to increase extracellular matrix (ECM) deposition and produce fibrosis — all of which places high energy demands on the cells. Recent studies have shown that mechanical tension alters energy metabolism by increasing glycolysis rates as an adaptation to meet cellular energy demands; however, we found significant differences among individuals in their propensity to engage these adaptations during wound healing. These findings form the basis of the research in the lab, where we explore whether variations in fibroblast energy metabolism in response to post-injury biomechanical changes explain why humans scar differently, and develop engineered strategies to regulate metabolism and attenuate dermal scarring.

Balaji is a bioengineer whose passion is to understand the underlying fundamental mechanisms in wound repair and scarring. She looks specifically at how the crosstalk between extracellular matrix, inflammation, metabolism and mechanotransduction influence wound healing with either regeneration or impaired healing with scar formation.

She joined Baylor College of Medicine as an assistant professor in fall of 2015, where she built a state-of-the-art wound healing laboratory and developed an interdisciplinary surgical and bioengineering research program. Her team explores new collaborative research directions in wound healing and strives for clinical translation of the regenerative mechanisms by developing novel preclinical models including murine, porcine and human skin xenotransplant and infection models. She developed and patented biomaterials for wound healing applications. She takes pride in mentoring the next generation of scientists and has won several honors including the Young Investigator and Rising Star Awards from the Wound Healing Society and Sthal Research Mentor award from her institution.