ANNIE JR at The Premiere Playhouse 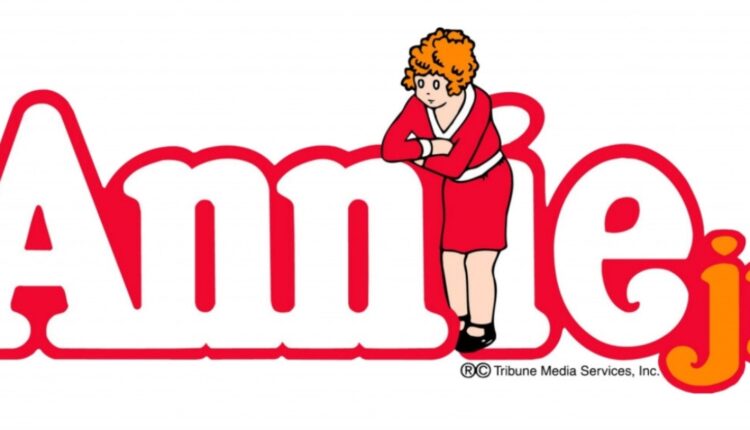 ANNIE JR at The Premiere Playhouse is a production in conjunction with The Penguin Project, an initiative that started in Peoria, Illinois as a way to empower children with special needs through theatre. The artists involved with Annie Jr. in Friday evening’s production were partnered with a mentor performer and the results of their efforts were glorious. The audience was filled with supportive, sometimes visibly ebullient family members who enthusiastically led the applause for this troupe of thespians at every interval of the production. The jubilant smiles of supporters in the audience were just as endearing to view as the performers on stage. A kiss blown to the audience from a cast member in response to some thundering applause was endearing. That is how the whole evening unfolded.

The set created for this production was appropriate with the stark contrasts between the orphanage and the Warbucks mansion. Kudos to the production team that created these scenic elements for an appreciative and talented group of performers.

From the opening moments of the show there was the electricity of excitement evident in the cast. They were a wonderful ensemble of players for this production. The musical numbers in the show were well rehearsed and nicely choreographed for the troupe. I found myself feeling a little “choked up” with the opening strains of MAYBE as Halle Bauman led the shows opening song with a sweet and lyrical voice, completely and confidently portraying the character of Annie.

Emmalyn Wardrobe, in her portrayal of the nasty, acid tongued Miss Hannigan, was completely “on point” with her physical and vocal elements of character. She did a masterful job with her solo LITTLE GIRLS and was confident and committed in her vocals and dance moves throughout the production.

Nathan Mallard as Oliver Warbucks was a confident and imaginative character in this production. He had some really stellar comedic lines about democrats that were show stoppers and his ability to execute the physical and vocal heights of this character was evident. In his “bio” in the program notes he mentions his art being “from the heart and soul”. I would have to agree with that. It was very obvious to all of the audience members how much you love being on the stage.

The character of Sandy (the dog) played by Moxie was adorable. A special note of appreciation here for the mentor Beckett Kustak, who worked with Annie in wrangling and helping the audience see the best sides of Sandy in her scenes on stage. Halle, Beckett and Moxie were a delightful team of performers on stage together.

There were lots of heartwarming moments in this production. The lows of a dire situation in the orphanage portrayed by a delightful group of artists who did a great job of making the audience feel their bonds of friendship in IT’S A HARD KNOCK LIFE. The highs in the camaraderie of the staff at the Warbucks mansion who did a great job in bringing out the highs of Annie’s stay with them in I THINK I’M GONNA LIKE IT HERE. The highlight of the show for this reviewer was the commitment to excellence and dedication in the number I DON’T NEED ANYTHING BUT YOU with Nathan Mallard and Halle Bauman.

A spontaneous standing ovation was the reward for the efforts of this cast and a beautiful moment to behold in live theatre. This was a labor of love, and an event with Premiere Playhouse programming you can enjoy with your family. You can see Annie Jr. on Saturday and Sunday at the Premiere Playhouse by calling the box office 605-367-6000.