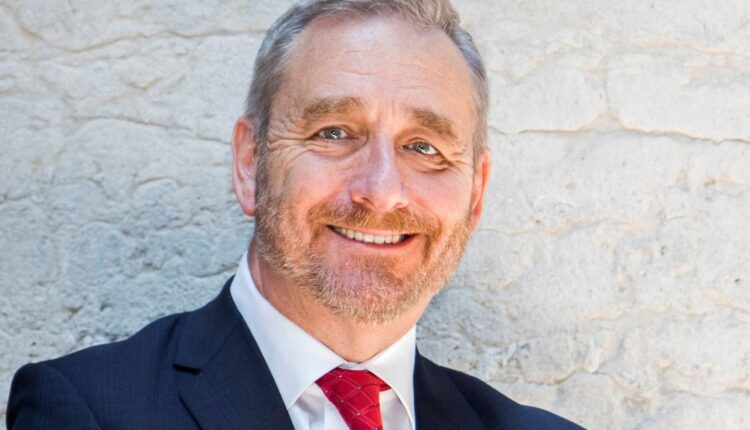 COLUMBUS, Ohio — On Monday, Ohio Attorney General Dave Yost publicly questioned the existence of a 10-year-old rape victim who had left the state for an abortion. Yost, a former journalist, told FoxNews his office hadn’t heard “a whisper, anywhere” about the case from prosecutors and police in Ohio, and the state’s crime lab hadn’t been called upon to analyze evidence.

Yost took a different tack Wednesday after police announced the arrest of a 27-year-old Columbus man accused of impregnating the girl whose case became the focus of national interest as states, including Ohio, impose stringent abortion restrictions in the wake of a recent US Supreme Court ruling that allows them to do so.

“My heart aches for the pain suffered by this young child,” said a statement from Yost. “I am grateful for the diligent work of the Columbus Police Department in securing a confession and getting a rapist off the street. Justice must be served and BCI stands ready to support law enforcement across Ohio putting these criminals behind bars.”

The Indianapolis Star first described the case in a July 1 story about women traveling to Indiana for abortions from states where lawmakers banned the procedure after the Supreme Court decision. President Joe Biden cited the girl’s journey last week when he signed an executive order to protect reproductive health care services in the wake of the Supreme Court ruling.

“Imagine being that little girl, I’m serious, imagine being that little girl, just 10 years old,” said Biden. “Does anyone believe it is Ohio’s majority view that that should not be able to be dealt with, or in any other state in the nation. A 10-year-old girl should be forced to give birth to a rapist’s child? I can tell you what, I don’t. I can’t think of anything…much more extreme.”

The fact that other news outlets such as The Washington Post were unable to verify the girl’s story led abortion foes such as Champaign County GOP Rep. Jim Jordan to question whether she existed before Tuesday’s arrest of Gershon Fuentes, who told police he’d raped the girl twice and faces life in prison for his crime. The Columbus Dispatch first reported the arrest.

On Tuesday, Jordan’s Twitter account distributed a story from the Washington Examiner that cited Yost saying his office had no evidence of the 10-year-old rape victim’s existence with his own comment: “Another lie. Anyone surprised?” Jordan deleted that tweet without explanation after Fuentes’ arrest, posting a statement that said, “Fuentes should be prosecuted to the fullest extent of the law.” The tweet included a National Review story that highlights Fuentes’ status as an undocumented immigrant.

The Democratic Attorneys General Association released a statement after the arrest that accused Yost of spreading “lies” about the 10-year-old girl, and the Democratic Party’s candidate for attorney general, State Rep. Jeff Crossman of Parma, issued a statement that said Yost should be “ashamed – not only for calling a 10-year-old rape victim a liar but for helping to create the circumstances that prevented her from getting the critical healthcare she needed in the first place.”

Crossman noted that Ohio’s new ban on abortions after six weeks of pregnancy doesn’t exempt minors or victims of rape or incest. He also called on Yost to “immediately apologize to this young girl, her family and all Ohioans and start working to roll back this harmful policy that helped make a terrible tragedy even worse.”

In an interview, Yost defended his statements on FoxNews. He said his interview acknowledged that the case could be real and that he expressed concern that “if it were, in spite of the red flags that were clear in the Indianapolis Star’s reporting, that we should be finding the bad guy and getting him off the street.” When asked why he hadn’t heard a “whisper” about the case, Yost said: “I’m not omniscient.”

“We have a decentralized law system,” said Yost. “The first and primary responsibilities are at the local level, and the state plays a supporting role. A significant supporting role, but we’re not in every case, and we shouldn’t be.”

Yost, who opposes abortion, has previously defended Ohio’s abortion restrictions from legal challenges. At the urge of Gov. Mike DeWine, he quickly sought to ask a judge to remove a stay that kept the state’s “Heartbeat bill” from going into effect.

Yost also said that the state’s abortion restrictions include an exemption for medical emergencies, broader than to save the mother’s life, that could have been used in the 10-year-old’s case and allowed her to obtain an abortion in Ohio. He said abortions are allowed if there is a substantial likelihood “that a major bodily function will be permanently impaired” by carrying a pregnancy to term. Because medical complications are “substantially amplified when you talk about a very young mother,” he said it’s possible the 10-year-old could have obtained an exemption.

“Ultimately, you would have to have the detailed facts to make a case-by-case determination,” said Yost.

Yost said he was “raising questions” in his FoxNews interview and that the nature of an investigation is that “you don’t know what you don’t know.”

“Let’s remember, everybody was talking at the time about abortion politics,” said Yost. “My interest was to change that conversation, to talk about the fact that we may have had, or maybe didn’t have, a rapist running on the loose. I never apologize for the truth, and I stand by everything I said.”