Big 10: Judges past and present on what’s to come with SAFE-T Act and no cash bail | News 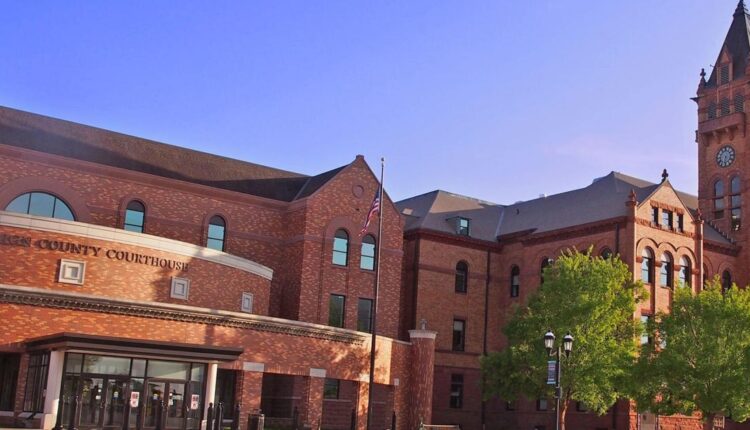 Premiering at locations throughout Chicago on Jan. 1: The Purge VII, where violent criminals who can no longer be bailed out of jail wreak havoc as powerless police stand down.

So predicts GOP gubernatorial hopeful Darren Bailey if changes aren’t made to the SAFE-T Act by New Year’s Day.

Count on hearing a lot more about the act cheered by Democrats and jeered by Republicans between now and Nov. 8. But be warned: In this election season, not everything you read may be the whole truth — like a meme making the rounds on social media listing offenses that will be “non-detainable” when cash bail goes away (second-degree murder, arson, etc.) when in fact there are several conditions for which such suspects can be held (gun being involved, deemed by a judge to be a flight risk, etc.).

“The clear implication is that the abolition of cash bail will foster chaos, if not outright anarchy,” says retired Champaign County associate judge Chase Leonhard. “This view, politically characterized, is almost completely uninformed.”

Lori, this may be a joke to you but there are people dying everyday on your streets because of your dangerous policies and failed leadership. You’re laughing, but there are at least 13 families crying tonight because of a shooting in Washington Park. Shame on you. https://t.co/vdNGHnWlqQ

Misinformation spreads like wildfire, and there are ugly lies making the rounds about the SAFE-T Act. This law does not mandate the release of defendants or create “non-detainable offenses.” https://t.co/efS0qfE9Le

In the coming weeks, The News-Gazette will turn to key players — including lawmakers who voted for and against the first-of-its-kind bill — to set the record straight and show its upsides and downsides.

First up, today and in Town Hall Tuesday: predictions on what’s ahead from judges present and past.

“There’s an old joke: A conservative is a liberal who’s been mugged.

“The outrage in Minnesota should cause us to closely examine both the adequacy of police training and the ability to weed out officers who shouldn’t have a badge and a gun. Instead, the political response in Illinois has been to handicap judges in balancing their roles to preserve individual rights and to protect the public.

“The act confers no new authority on judges they didn’t previously have; Instead, they now will have to find evidence by the functional equivalent of proof beyond a reasonable doubt, gathered within 48 hours, of a threat to the physical safety of a specific, identifiable person.

“For nearly 22 years on the bench, my mantra was the same: you have to judge them one at a time. The system demands thoughtful and fair-minded judges, which in turn places responsibility on the voters to ensure the right men and women hold these positions.

“The system also requires police leadership committed to the highest standards of the profession, which I believe we have locally.

“What the SAFE-T Act does is remove discretion from judges and police leadership and replace it with a one-size-fits-all response born of political expediency. I fear that the SAFE-T Act will bring us another Willie Horton.”

“We are long overdue for bail reform. Our country must get back to basics — the constitutional rights of the accused.

“Every prosecutor stands up and indicates that they represent ‘the people’ of the state or federal jurisdiction. That includes all sides. Yet, society has now started to treat so-called ‘criminals’ as if they are already guilty and must prove their innocence.

“In fact, the constitution says an accused is ‘innocent until proven guilty’ and the standard is the government must present evidence beyond a reasonable doubt. That happens at trial, not at detention.

“We need to get back to the standards for detention and then the proofs at trial. Perhaps more funding of social services would prevent the acts causing folks to be arrested in the first place — reform in our budgeting so that we can support mental-health services, housing services, drug and alcohol education and rehabilitation, and other such social services.

“Hopefully, the SAFE-T Act will help us move back to where we need to be as a society — helping both victims and the accused, as our laws intended.”

“From my perspective, the act is flawed because it removes the judges’ discretion in setting bail.

“In Champaign County, judges have long heard bond arguments 364 days a year. In other words, criminal defendants get a bond hearing within 24 hours. At that bond hearing, the judge hears about the facts of the alleged crime, about the defendant’s criminal record if any, any past failures to appear in court, and his or her ties to the community.

“In many cases, the judge has some familiarity with the defendant. After hearing arguments from the prosecutor and the public defender, the judge then decides whether cash bail is necessary to protect the community or to ensure that the defendant appears for further court hearings.

“Every defendant is different, and every bond analysis is unique. It is an effective process, and ignoring that, the General Assembly has substituted an across-the-board bar on cash bail.

“Crime rates will go up, and more defendants will fail to appear for court hearings. Justice will be delayed, and citizens and victims will suffer as a result.”

“The so-called SAFE-T Act is another reason why I am glad I am retired.

“I am not sure the act will solve the problem of the system being disproportionately unfair to defendants with limited resources. From talking to others within the legal system, I am almost sure that the changes will put a significant strain on the limited resources of the judicial branch, as well as individual counties.

“Many counties have only balanced their current budgets with federal COVID funds. State funding for the judicial branch is an extremely small portion of the state of Illinois budget — approximately 1.4 percent for the current fiscal year.

“The purpose of cash bond under the current law, for persons charged with a crime, is to protect the public and ensure that the defendant will return for court hearings. More than a few state’s attorneys will likely be seeking hearings to impose bond in felony cases, and perhaps in some misdemeanor cases, where defendants would be released under the SAFE-T Act.

“Such hearings will likely require the presence of defendants, attorneys and a record made either electronically or by a court reporter. As in the case of setting bond now, judges will still consider the seriousness of the alleged offense, the defendant’s prior record, his or her ties to the community, flight risk, potential for harm to others, etc., in determining whether conditions will be imposed.”

“Before I retired from the bench in 2018, there was some effort by the court system to move towards no cash bond. My own view is it better to give the judges discretion in sentences and consider all factors regardless of the offense charged.

“There are other ways you can secure attendance besides setting cash bail.

“My observation, at least in the Fifth Judicial Circuit, was that personal biases or prejudices, including political preferences, were not considered in rendering a decision. Unfortunately, that is not always the case.”

“One of my favorite lines from a judicial opinion — it comes from a 2015 Seventh Circuit opinion, US v. Kappes — is: ‘A judgment does not come equipped with a crystal ball.’

“As your questions suggest, the practical realities of how the new law will ultimately affect pretrial detention is difficult to predict and I’m hesitant to venture a guess. Certainly, there will be growing pains implementing the new system, but my experience in federal court, which generally does not use cash bail, suggests that it can be a workable system.

“But because of the differences in the volume and type of cases between federal and state court cases, that comparison is a little like apples and oranges.”

“The goals of the act are worthy. The accused are innocent until proven guilty and holding people in jail while awaiting trial should be the exception, not the rule.

“Judges will do their absolute best to weigh the factors, including danger to the public. Like all new ventures, there will be a learning curve and possibly some amendments in the future.”