Burcham living out his dream: a demanding one announcing for Auburn 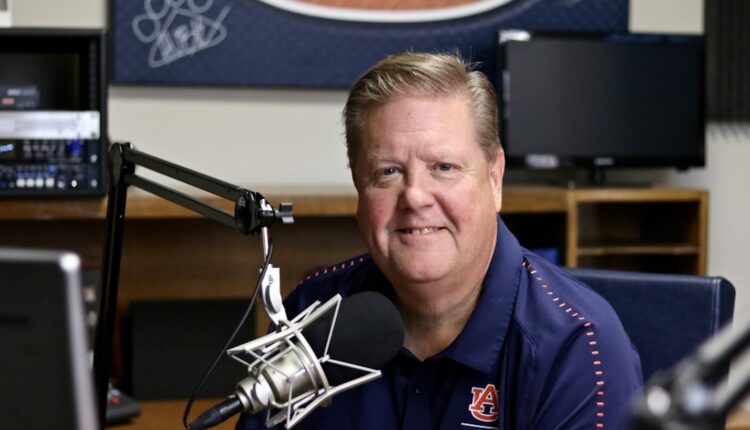 Growing up outside of Southern Illinois, Andy Burcham knew from a young age he wanted to pursue a career in announcing. He got his first chance when he was a freshman at a junior college in his home state.

He started as the third man in the booth calling football games at his high school. From there, everything took off.

His sophomore year he jumped into announcing high school basketball after a position at the local radio station opened up. The station knew Burcham was interested, so they offered him and he accepted his first play-by-play commentary position.

After enrolling at Indiana State and working on the campus radio station, Burcham landed a job at a radio station in Bloomington, Illinois, just a year after graduating to cover football, basketball and baseball for Illinois State.

Burcham returned to his home state later and spent four years as a part of the football crew for Southern Illinois University.

Then, in 1988, Burcham moved to Auburn, and the rest is history.

He covered Auburn women’s basketball for 31 years and is entering his 29th year as the play-by-play announcer for Auburn baseball games.

In 1990, Burcham joined the football crew doing mainly locker room interviews, and in 2019, he officially became the voice of the Auburn Tigers – covering football and men’s basketball.

While at Auburn, Burcham has experienced things that most people only dream of witnessing.

Calling two consecutive College Women’s Basketball National Championships; his first Iron Bowl which Auburn won dramatically in 2019; and the entire 2021-22 basketball season where Auburn swept Alabama, won the SEC Championship and earned its first No. 1 ranking in program history all stood out to Burcham when he reflected on his career.

Unfortunately for sports commentators, the big game and travel does not always outshine the negatives.

According to Burcham, time management is the hardest part of his job. He conducted research for the Georgia game 10 days before the game was played. He then called the Auburn versus LSU game three days later, recorded a podcast and hosted Tiger Talk, a weekly radio show with head football coach Bryan Harsin and others before that Georgia game even occurred.

Burcham and his wife, Jan, do not have any children, so Burcham said he “has not had that dynamic of missing ballgames and recitals,” but constantly being away from Auburn is still difficult.

“It’s a lot of time being away from home,” Burcham said. “I’m very fortunate that Jan is a big Auburn fan. She likes to be at the games that I’m doing as much as possible. The first five football games have been at home, so I haven’t been on the road, but we’re about to get on the road a lot come basketball season and baseball season. We can be on the road quite a bit.”

Specifically around Thanksgiving and Christmas, scheduling for the holidays can get tricky for the Burcham’s.

Enjoy what you’re reading? Get content from The Auburn Plainsman delivered to your inbox

Auburn basketball plays the two days before Thanksgiving, and Auburn football plays Alabama two days after. Auburn travels to Los Angeles the week before Christmas to play USC and plays in Seattle three days later on Dec. 21 against Washington. For Burcham, navigating his job while finding time to celebrate is a challenge.

Given some of the negatives of being an announcer, like the long days and constant work that is demanded, burnout is a potential threat. Burcham kept two things in mind to evade the burnout and latch onto what he loves.

The first was accepting the demand of a seamlessly never-ending job.

“It’s part of the job,” Burcham said. “It’s not surprising that that’s a part of it, so that’s what you sign up for.”

The second was striving to improve every chance he gets. Burcham understands the privilege of his job and makes sure not to take it for granted.

“I want to get better, to continue to improve, to do this job as long as I possibly can and do it at the highest level,” Burcham said. “This is a bucket-list position for me. It’s been a dream of mine for a long, long time, and in spite of the fact of how it came about, I want to do the very best job that I possibly can. That entails getting better every game, every broadcast and never being satisfied.”

Do you like this story? The Plainsman doesn’t accept money from tuition or student fees, and we don’t charge a subscription fee. But you can donate to support The Plainsman.

Jacob is a sophomore from Leeds, Alabama. This is his second year with The Auburn Plainsman.

Share and discuss “Burcham living out his dream: a demanding one announcing for Auburn” on social media.