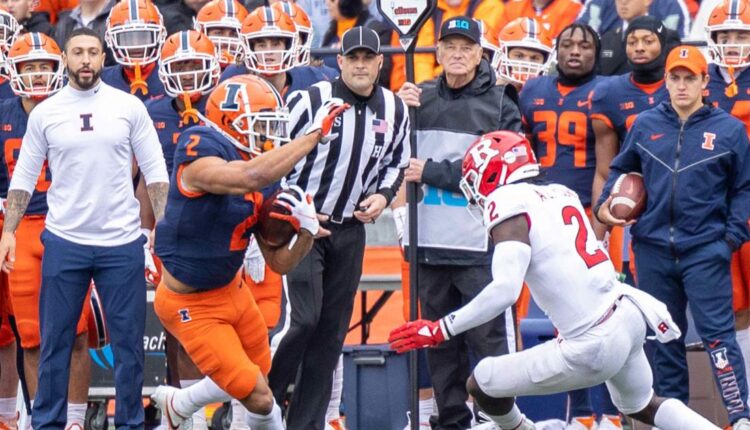 CHAMPAIGN — Illinois running back Chase Brown was named to the Maxwell Award watch list on Monday. The Illini junior was one of 13 Big Ten players on the preseason list.

Brown is coming off a 1,000-yard season in 2021 after leading Illinois with 170 carries for 1,005 yards and five touchdowns. The 5-foot-11, 205-pound running back finished third in the Big Ten last season at 100.5 rushing yards per game and was fifth in the conference and 29th nationally at 5.9 rushing yards per carry.

Brown had a pair of 200-yard games last season to join Howard Griffith (1990) and Rashard Mendenhall (2007) as the only players in Illinois history with multiple 200-yard games in a single season. He rushed for a career-high 257 yards on 26 carries to beat Charlotte Charlotte and 223 yards on 33 carries in the win against No. 7 Penn State.

Siebel Center for Design, University of Illinois Urbana-Champaign, US

Boost Now or Wait? Many Wonder How Best to Ride Out Covid’s Next Wave