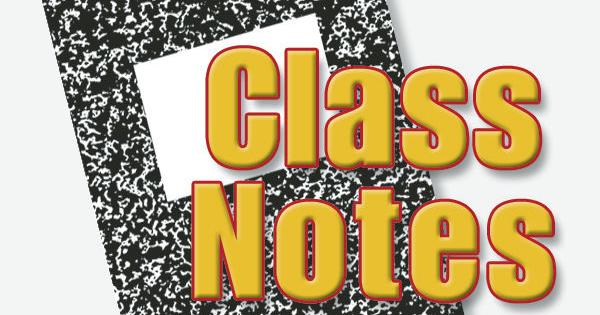 
Redwood City’s Jamie Dong recently graduated with a degree in film studies and studio arts from Lawrence University in Appleton, Wisconsin, where she was also awarded the Charles F. Lauter International Student Prize due to her academic success and leadership as the creative manager and vice president of Lawrence International and president of the Art House, a residential building that creates space for artists.

Sasha Arredondo-De Lipski of South San Francisco was named as a candidate for graduation from Illinois Wesleyan University in Bloomington, Illinois, earning a degree in nursing.

Redwood City’s Grant Brown graduated with a doctor of chiropractic degree from Palmer College of Chiropractic in San Jose.

Michael Fontana of Redwood City, Rose McParland of San Mateo and Nathaniel Ramil of Foster City were named to the spring 2022 Dean’s List at Palmer College of Chiropractic in San Jose in honor of their academic excellence.

Nick Reed from Belmont was named to the Dean’s List at Clark University in Worcester, Massachusetts, for earning a grade point average between 3.5 and 3.79.

Patrick Matreo of Pacifica was named to the Dean’s List at the University of Maryland in Adelphi, Maryland, for earning a GPA of 3.5 or above.

Class notes is a column dedicated to school news. It is compiled by education reporter Sierra Lopez. You can contact her at (650) 344-5200, ext. 106 or at [email protected]