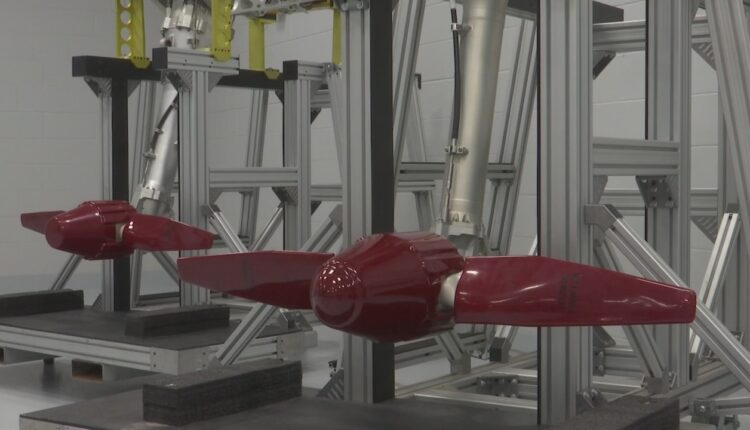 ROCKFORD, Ill. (WTVO) — Collins Aerospace has added to its footprint in Rockford with the addition of a $18 million Ram Air Turbine wind tunnel test facility for aircraft.

The Ram Air Turbine is designed to serve as the small but mighty heart of an aircraft’s emergency power system. The turbine deploys from the wing or fuselage when a plane loses power in flight, and allows hydraulic or electrical systems to run so a pilot can land safely.

The new wind tunnel will have the ability to test air turbines of all sizes for business, regional, single aisle, widebody, and military aircraft platforms.

Collins Aerospace Vice President Eric Cunningham says Rockford has and will continue to play a critical role in the development of the company.

“The legacy of knowledge and skill, and just the affinity to this business and the loyalty people have, not only to business but the Rockford community as well, is huge,” Cunningham said. “And that momentum is really what carries us forward, not just in the current technologies, but sets the groundwork for future technologies, as well.”

Collins Aerospace, at 4747 Harrison Avenue, has been in Rockford since 1926.